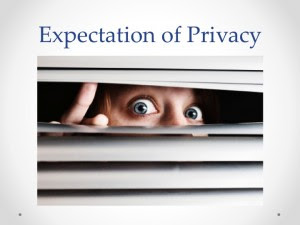 Scott Herhold, columnist for the San Jose Mercury News, has come out strongly against having garbage trucks take pictures of the license plates of all the cars they pass, as the trucks drive along their normal, garbage collection routes. According to Herhold, this idea "doesn't pass the smell test." You can read his thoughts by clicking this link.

San Jose Mayor San Liccardo is quoted by Herhold as saying, "there is no expectation of privacy on a public street." The Mayor is right, of course, both factually and legally. The courts have consistently held that no one should expect that his or her activities have any claim to "privacy," if the person's activities are observable from a public space.

So, what's the problem with electronic license plate readers as the newest tool against crime? Johnny Khamis, the San Jose City Council Member who authored the garbage truck proposal, said he "got this idea from a police captain, and I thought it was a great idea."

The American Civil Liberties Union has written a very comprehensive analysis of what is wrong with using license plate scanners as an ordinary tool of law enforcement. The problem is the comprehensive nature of the information gathered, and the fact that the information, once gathered, is available to the government forever.

If a police officer in a cruiser (or a garbage truck) passes a car parked in front of a downtown building, that fact is definitely "observable" from a public space. No problem there. What is NOT "observable," at the time the cruiser (or the garbage truck) passes the parked vehicle, is the facts about where that vehicle has parked before. In other words, the high technology camera/computer systems that comprise this newest law enforcement tool are not based on what is observable on a street, because our observations are all time-related.

What electronic license plate readers do, when utilized using modern "big data" computer systems, is to give the government a complete history of everywhere that vehicle has been, starting from the time when the system first becomes operational.

This comprehensive inventory of everyone's movements, cataloguing them forever, is the very definition of totalitarianism. It is NOT our expectation that the government will instantly have, every time they see us, a complete record of everywhere we have ever been. But, that kind of personal information is exactly what these license plate reader systems are designed to provide to the government.

Read the ALCU publication, You Are Being Tracked.

I think you'll come down on Herhold's side!