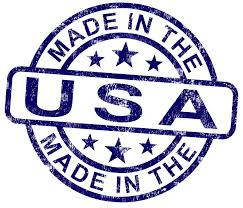 I am reproducing, below, a Letter to the Editor that appeared in the Santa Cruz Sentinel, my home town newspaper, on August 29, 2015:

Why cost of retail goods is actually going down

As I waited for a taco Friday, I saw a discarded Sears Catalog dating to 1992. I picked it up and spent the next day browsing. Two things struck me. The prices of everything from pajamas to TVs, from furniture to auto parts, were almost all higher, yes higher, then they are today. Now, I am allowing for 23 years of inflation, but with few exceptions, everything was higher.

I asked myself, why? The answer is both simple, and depressing. In 1992, we made most of the items here in the U.S. Today the vast majority are made overseas. Again, why? Labor. Factories here are all but gone. Between the labor cost here, the regulations and the numbers of Americans able or willing to work at factory jobs, we have all but given it away. I like being able to buy a new toaster for $25, and that TV, bigger and brighter, for $300. But at the same time I long for the days when my neighbor or uncle worked, here, to build these items for here.

I don't know whether it is actually true, as Mr. Misko believes, that past prices for consumer goods were consistently higher in 1992 than they are today, though I'm inclined to believe that he's right. I also don't know, presuming that Mr. Misko is right, whether the basic reason for this disparity is that fewer of those goods are now "Made in the U.S.A." I suspect that things may be just a bit more complex than this simple explanation, though certainly what Mr. Misko says about comparative labor costs is accurate. Let's assume, however, that everything that this letter says is true. What conclusion should we draw from Mr. Misko's analysis? What should we do about this situation?

As Mr. Misko notes at the end of his Letter to the Editor, he likes being able to buy things at low prices. He also wishes that the items he is buying were made in this country. Aren't we all in agreement with those two propositions? I'm with Mr. Misko, for sure! However, if Mr. Misko is right in his analysis, we can't have it both ways. Would we prefer to have things built in the United States, and pay higher prices? Or, would we prefer to pay lower prices, even though we know that this means that lots of manufacturing jobs will be exported to countries where labor costs are lower?

Mr. Misko's letter raises the question, but doesn't answer it.

My recollection from my somewhat sketchy training in economics is that economists generally advocate for "free trade" because it does (supposedly) deliver consumer goods at the lowest possible price. If we believe in that concept, we are not supposed to "long for" a time in which our relatives worked in the factories to produce goods that actually cost us more. We are supposed to be happy that prices are low, and to appreciate that the "market" is simply allocating labor in the most efficient way possible, so as to produce the most benefits for the greatest number.

I know that's the theory, but the way "free trade" actually seems to work, the main beneficiaries are the corporations (and their CEOs) who are in charge of deciding where goods get made. Neither the workers in the foreign countries, where the cheap toasters get built, nor the workers in our country, where people are being driven into unemployment, seem to be getting a truly good deal.

Again, it's easier to see the problem than to decide what to do about it. One thing to do might be to set a global minimum wage, what might euphemistically be called a "living wage," effective worldwide, so that all workers, in all countries, actually get paid for the value they create. This would mean that workers in countries that now have lower labor costs would not be turned into semi-slaves so that American consumers can have cheap shoes, shirts, and toasters.

This plan, which would include raising labor costs in this country, too, would mean higher prices.

Higher prices would mean we could buy less.

Buying less would mean that we would use less of the world's resources for cheap, disposable consumer items.

I think I've found my personal answer to the question raised by Mr. Misko's letter. I want higher wages for workers, and higher prices for consumer goods.

I promise not to long for the days of cheap toasters!