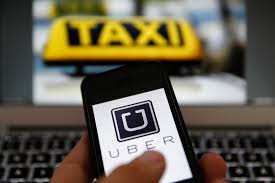 The New York Times ran an Op-Ed on Friday, August 7th, titled "The Uber-ization of Activism." Authored by Edward T. Walker, an associate professor of sociology at the University of California, Los Angeles, the Op-Ed discusses the recent "grassroots" victory of Uber customers over efforts by New York City Mayor Bill de Blasio to put a cap on Uber's business in the City.

I think the Op-Ed is well worth reading. Walker's full-length book, Grassroots for Hire: Public Affairs Consultants in American Democracy, is probably worth reading, too, but I haven't read it myself.

Walker's point in his Op-Ed is that massive corporations are now using "big data" to mobilize members of the public to help the corporations win out over governmental efforts to set public policy.

When unelected corporate leaders become the leaders of "popular" movements, aimed at discrediting and defeating the elected officials and governmental agencies that are supposed to reflect the public will, it's time to watch out for democracy!