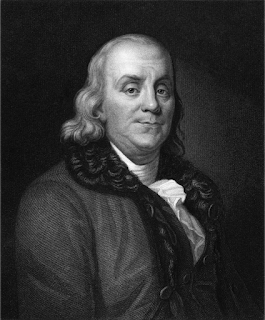 Ben Franklin gets the credit for that famous prescription: "An ounce of prevention is worth a pound of cure." Of course, to apply the correct "ounce of prevention" strategy does mean that we need to know the nature of the illness we are trying to prevent.

On Thursday, July 16, 2015, Mohammad Youssuf Abdulazeez, carrying several 30-round magazines, used an AK-47 type weapon to open fire on Marines at two military centers in Chattanooga, Tennessee, killing four Marines. His family noted his history of depression and mental illness. And, of course, he was obviously able to get the gun and the cartridges he needed to make his attack. One might think that the availability of military weaponry and mental illness were the key causative factors in the killings.

Retired General Wesley Clark, a one time Democratic Party candidate for President, doesn't appear to think that mental illness or access to military-style weaponry is really the issue. Clark scopes out the problem as "disloyal Americans," and he thinks he has the solution. Four days after the Chattanooga tragedy, Clark took to the airwaves to advocate preventative detention for "radicalized" and suspected disloyal Americans. He thinks they should be placed in "internment camps," prisons, in other word. Click right here for a YouTube video, showing Mr. Clark making his pitch.

Personally, I am not convinced that there are significant numbers of "disloyal Americans" running around unconstrained, and that we can prevent tragedies like the one that occurred in Chattanooga by rounding up all such folks and imprisoning them. If "radicalized" and "disloyal" Americans are not really the main problem, then Clark's proposed solution is not likely going to work, either by way of prevention or cure.

In the case of the Sandy Hook elementary school tragedy (a tragedy somewhat similar to what happened in Chattanooga, but without a "military" target, and without a perpetrator who was a young, Islamic man), the availability of guns and mental illness were both involved. In a retrospective on those Sandy Hook killings, in late 2013, CNN said this:

In the years leading up to the December 2012 massacre at Connecticut's Sandy Hook Elementary School, Adam Lanza went from a merely shy pre-teen to a mentally ill recluse obsessed with school shootings. But during that long descent, Lanza never gave anyone any indication that he would one day turn a gun on his mother and then storm his onetime grade school with a semiautomatic rifle, killing 20 first-graders and six adults ... The evidence clearly shows that the shooter planned his actions, including the taking of his own life, but there is no clear indication why he did so...

It seems unlikely to me that elementary school student Adam Lanza would have been rounded up as a "disloyal American," had the Clark program been in place in 2012. However, actions aimed at reducing access to military weaponry, and efforts to provide more mental health care, could have made a big difference in both the case of the Sandy Hook massacre and the recent killings in Chattanooga.

Shortly after Sandy Hook, Liza Long, who calls herself the "Anarchist Soccer Mom," and who writes a blog with that title, penned a searing response to what had so recently happened in that elementary school in Connecticut.

Declaring that "I Am Adam Lanza's Mother" (which she wasn't, of course), Long told her own story of dealing with a son with mental illness. Her passionate appeal "went viral." I recommend reading her full statement, and keeping up with her continuing appeals in her blog. I also think that Long has identified the "ounce of prevention" strategy we actually need to prevent future events of this type:

I don’t believe my son belongs in jail. The chaotic environment exacerbates Michael’s sensitivity to sensory stimuli and doesn’t deal with the underlying pathology. But it seems like the United States is using prison as the solution of choice for mentally ill people. According to Human Rights Watch, the number of mentally ill inmates in U.S. prisons quadrupled from 2000 to 2006, and it continues to rise -- in fact, the rate of inmate mental illness is five times greater (56 percent) than in the non-incarcerated population.

No one wants to send a 13-year old genius who loves Harry Potter and his snuggle animal collection to jail. But our society, with its stigma on mental illness and its broken healthcare system, does not provide us with other options. Then another tortured soul shoots up a fast food restaurant. A mall. A kindergarten classroom. And we wring our hands and say, “Something must be done.”

I agree that something must be done. It’s time for a meaningful, nation-wide conversation about mental health. That’s the only way our nation can ever truly heal.