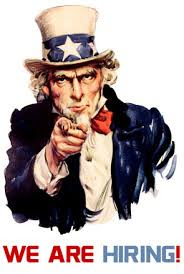 In my quest to see if anyone had a good, succinct, and accurate definition of the "gig economy" (as mentioned yesterday), I ran across an article in The Economist, a generally conservative, business-oriented source of economic information, published in Great Britain. The article was titled, "The gig economy," and while it didn't really contain a "definition," it did discuss the "gig economy" phenomenon at length, and in what I thought was an intelligent way.

The Economist article quarreled with an assertion supposedly made by Douglas Rushkoff, who is identified by Wikipedia as an American media theorist. The Economist characterizes Rushkoff as claiming that "jobs are now obsolete." The following quote from Rushkoff does seem to be heading in that direction:

The question we have to begin to ask ourselves is not how do we employ all the people who are rendered obsolete by technology, but how can we organize a society around something other than employment? Might the spirit of enterprise we currently associate with "career" be shifted to something entirely more collaborative, purposeful, and even meaningful?

If, in fact, our economic system is never again going to provide any kind of stable and long-term employment to workers, the question Rushkoff raises is certainly pertinent. If stable and long term employment is just "over," Rushkoff's concept that we ought to look for a different foundation for our society certainly makes sense, at least at the theoretical level.

Practically speaking, however, I personally find it rather difficult to conceive of a suitable basis for our economic, social, and political society that does not include some sort of stable system of employment, some sort of system that provides reliable opportunities for members of the society to work on something meaningful.

The Economist is also rather skeptical, which is where the "gig economy" comes in. The Economist article cites to a blog called Transparency Revolution, published by a Career Management Company called Zapoint, and to the following comment by contributor Phil Bowermaster:

Increasingly, perhaps, a job is something that we each have to create. We can't count on someone else to create one for us. That model is disappearing. We have to carve something out for ourselves, something that the machines won't immediately grab.

A close reading of the suggestion being made here leads to the conclusion that what Bowermaster is advocating is not that work and employment be replaced as the foundation for our society, but that every individual, him or herself, should be individually responsible for creating and maintaining the job that will sustain that individual and any others whom the individual may need to support. This is, truly, the essence of the "gig economy." As Bowermaster says, with a great frisson of delight:

Do we all become entrepreneurs? I think the answer to that question is yes ... Ultimately, it means we have to find something useful to do, something so useful that others are willing to pay for it. Difficult, yes. Dangerous, maybe. But also — isn’t it just a little exciting?

Call it the "gig economy" or call it the "Naked Economy," I think this vision of how to organize our society is definitely dangerous and difficult, and it's not a bit exciting for most of those forced into it (the most notable exception probably being persons who are going to find their personal "gig" by providing necessary services for those who are desperately scrambling to find their own). That just happens to be true for Bowermaster (the "career manager") and Ryan Coonerty and Jeremy Neuner, authors of The Rise of the Naked Economy ("shared office space providers"). Calls for a commitment to the "gig economy" by such persons is really a call for more customers for their business. That's exciting alright. For them!

Well, if Rushkoff's idea is not really satisfying, and the joys of the "gig economy" are being highly oversold, what is the solution?

I actually have a humble proposal: let's maintain a commitment to employment as the foundation for our social, economic, and political life. BUT: instead of suggesting that employment is something to be provided individualistically, let's all get together and agree that we will, collectively, hire ourselves, and provide a lifetime's worth of employment for anyone who wants to work for the group.

Those who want to be "entrepreneurs" and live on their "gigs" would be absolutely free to do so, but those who didn't want to, or couldn't, find sufficient employment in the world of "gigs" could do the jobs that we all need done. Just like a Medicare system for employment, everyone would be enrolled. When you wanted or needed a job, we'd have jobs available:

You get the idea! There are lots of jobs that need to be done. Almost everyone can do some work that will be of benefit to society. So, instead of letting everyone scramble individually to find their next "gig," we collectively would say to any and all: Need a job? We're hiring!

Students of history will remember that Americans actually did this, with rather notable success, during the time that Franklin Roosevelt and his wife Eleanor Roosevelt were providing the leadership to make it happen.