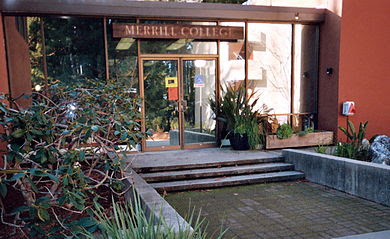 Today, students I taught in Legal Studies 196 (LGST 196), a "Capstone Thesis" course for graduating seniors in the Legal Studies Program at the University of California at Santa Cruz, are celebrating their graduation at the Merrill College Provost's House.

Given that "Privacy, Technology, And Freedom" was the focus for the course, the class talked a lot about the USA PATRIOT Act, and the provisions within that Act that permit the government to undertake wholesale spying on American citizens.

After the revelations by Edward Snowden that the government (without telling us) was collecting and stockpiling data on everyone's phone calls, President Obama appointed a "Review Group on Intelligence and Communications Technologies." That Review Group came up with a report titled Liberty And Security In A Changing World, which was issued on December 12, 2013, and which students in LGST 196 were assigned to read.

The recommendations contained in the Review Group report have now been enacted by the Congress (the Congress pretty much doing what the Review Group suggested). Some of the media reports on the new law have billed the recent Congressional action as a "reform" of government surveillance practices. More accurate, I think, is an evaluation by technology writer Zack Whittaker, who said, shortly after the Review Group initially published its findings in 2013, that the recommendations contained in Liberty And Security In A Changing World could best be summed up this way:

Keep calm and carry on spying

For "extra credit," a number of the students in LGST 196 created blogs, and posted entries on topics they cared about, mostly relating to the topic of the course. I am providing a list of links, below:

Informed citizen participation is essential if we are going to maintain control over the government that is supposed to belong to us. "Step one" is our personal willingness to speak out, and to engage in the debate and deliberation that is the first and most essential step in our system of democratic decision making. Therefore, I definitely encourage all of the LGST bloggers to: “Keep calm and carry on blogging.”

I encourage all the rest of us to start learning more, and to debate the issues in public, too. Nobody should be fooled that the Congress made any significant "reform" in its latest action on government surveillance. If you don't want to live in a surveillance state, there is a lot more to do!