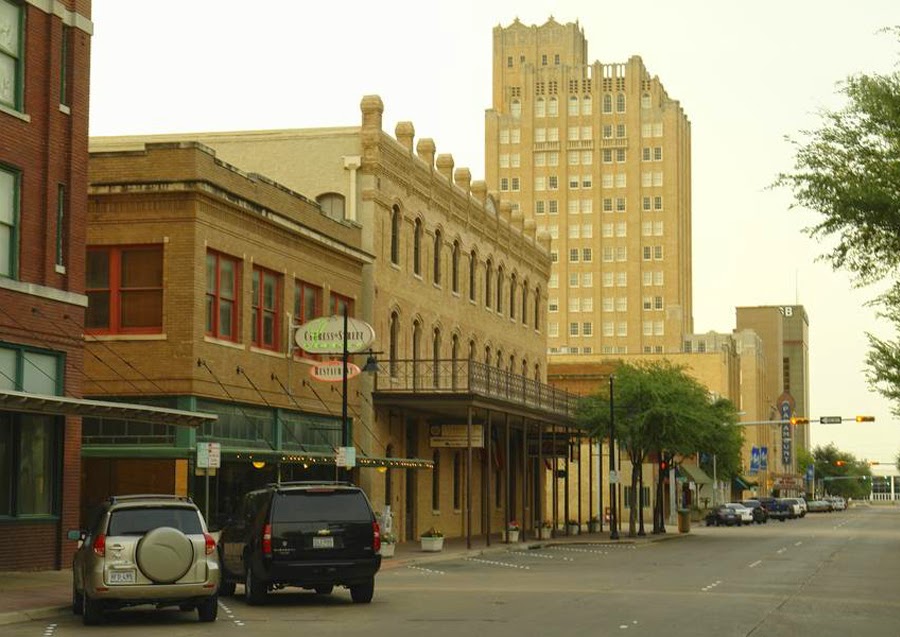 Waylon Jennings and Forbes both agree: Abilene (Texas) is the place to be. Jennings thinks Abilene is "the prettiest town" he's ever seen. And, as a plus, the "women there don't treat you mean."

Click right here for the lyrics, to get Waylon Jennings' complete review. Or, even better, listen to him sing about it!

Forbes doesn't comment on the disposition of the women walking around on the streets of Abilene (or maybe not walking the streets - and I mean nothing more than simple "walking" here). One of the bad points of Abilene, according to Forbes, is that it's "not very walkable." That deficiency aside, Forbes puts Abilene, Texas as Number #1 on its list of the "25 Best Places To Retire," though the magazine may have built its rankings on the alphabet, from what I can tell. Forbes reports that Abilene has "a robust economy, warm climate, cost of living 13% below [the] national average, [with an] average home price [of] $139,000, [compared to the national average [of] $207,000."

Plus, I'm assuming that Waylon Jennings knew what he was talking about. The women there don't treat you mean!

I am definitely within range of retirement (or beyond that age, to speak more forthrightly), and I have been watching how some of the people in my age cohort conduct themselves. They're picking up and moving based on advice like the advice from Forbes, and it's easy to understand why if simple economics is the main motivating factor. The average home price in Santa Cruz, California, where I live, is currently $668,375. If you were lucky enough to own a home in Santa Cruz, and had hit that retirement window, you could sell your home here, move to Abilene, buy a similar home there, and put about $500,000 in the bank to sustain you through your waning years, while politicians from Texas and other "red state" places tried to attack your meager Social Security benefits.

Sounds like a winner of a plan! Lots of people are doing it, but I have a different reaction.

I think we need to set up a social support system in this country that does not encourage or require the older and experienced members of our communities to leave those communities, severing the roots of remembrance within the communities they leave and isolating those older community members who are forced out of town by adverse economics.

We aren't just a collection of individuals. We are members of a community, and every member of every community, from Santa Cruz to Abilene, both contributes to it, and is supported by it. That support system, going both ways, is what we lose when we decide to pull up stakes and move to Abilene. All my friends live close nearby, here in Santa Cruz,  where I have been so fortunate to live during the most productive part of my life. Any evidences of what I have accomplished in my life are here (it's always nice to think about that), and that's true for virtually everyone, in every community.

So, I am not moving to Abilene, or to anywhere else with similar attributes, either, and I want our society to make sure that the economics affecting older persons let those who have lived in and contributed to their community to have the chance to stay there.

If they want to, of course. Unless they have just gotten sick of the place, or the women there are treating them mean!