Wikipedia has published a long list of things to which the phrase "The Ties That Bind" may apply. The categories of music, literature, television episodes, and other media are included in the Wikipedia list.

But let's not forget politics!

Among recent secretaries of state, Hillary Clinton was one of the most aggressive global cheerleaders for American companies, pushing governments to sign deals and change policies to the advantage of corporate giants such as General Electric Co., Exxon Mobil Corp., Microsoft Corp. and Boeing Co.

At the same time, those companies were among the many that gave to the Clinton family's global foundation set up by her husband, former President Bill Clinton. At least 60 companies that lobbied the State Department during her tenure donated a total of more than $26 million to the Clinton Foundation, according to a Wall Street Journal analysis of public and foundation disclosures.

Are you Ready For Hillary?

The kind of bondage reflected in The Wall Street Journal analysis makes the variety portrayed in Fifty Shades of Grey seem tame.

You don't think those ties will bind? 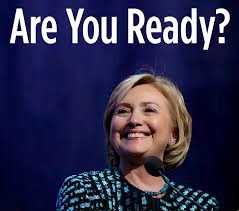