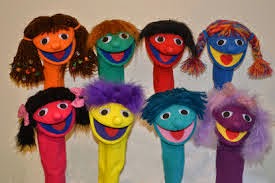 There was a big controversy when MoveOn.org published a full-page ad in The New York Times on September 10, 2007. The ad (quickly removed from the MoveOn website) accused General David H. Petraeus of "cooking the books for the White House." The ad also labeled the General as "General Betray Us."

Well, the General is back in the news.

Click the link to read a recent article in The Guardian about "an effort by the US military to develop software that will let it secretly manipulate social media sites by using fake online personas to influence internet conversations and spread pro-American propaganda."

General Petraeus is quoted as supporting the effort:

In evidence to the US Senate's armed services committee last year, General David Petraeus, then commander of Centcom, described the operation as an effort to "counter extremist ideology and propaganda and to ensure that credible voices in the region are heard." He said the US military's objective was to be "first with the truth."


Fake online personages are often called "sock puppets." Using "sock puppets" to impart the "truth" is truly a novel concept - or is that what Sesame Street does?

In this case, it's costing the U.S. Taxpayers $2.76 million for the software contract to produce the puppetry.