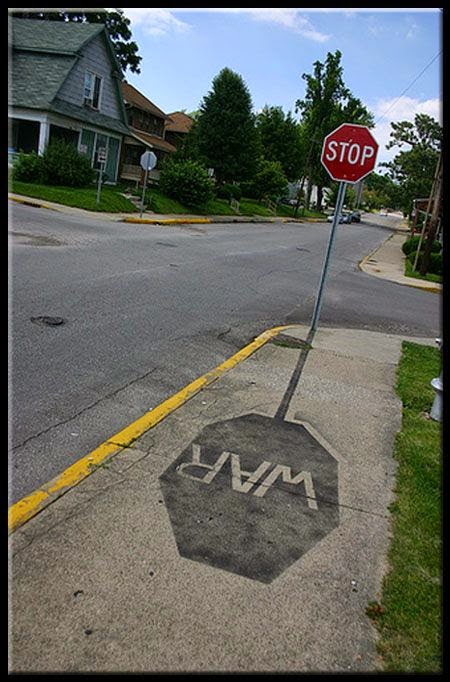 The New York Times and The Wall Street Journal have both weighed in on President Obama's request to Congress that Congress authorize the President to wage war in Syria. I told you yesterday what Nation of Change thinks about that.

The New York Times comes to an opposite conclusion. In fact, based on a reading of the two different editorial statements, one might legitimately question whether The Times and The Journal actually reviewed the same document. "Obama Seeks an Expansive War Authorization to Combat ISIS" is the headline on The Times editorial. Furthermore, The Times ran an Op-Ed on its editorial pages, to accompany its formal editorial. The headline of that Op-Ed said "Obama Still Believes in Unlimited War."

Reading these contradictory editorial statements might actually inform a thoughtful debate. Feel free to do your own review. Before making up your mind as between The Times and The Journal, though, revisit the recommendations of Nation of Change:

Rather than war, what should the United States be doing? For one thing, it should be staying out of the Middle East.