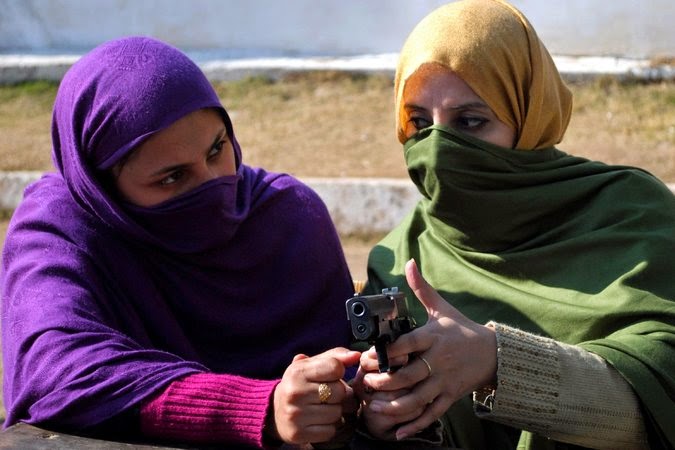 In Peshawar, Pakistan, they are "training teachers to take aim against terrorists." That's what the headline says on an article in the February 2, 2015 edition of The New York Times. That is what is being pictured above: gun training for teachers.

After the tragic shooting at the Sandy Hook Elementary School, some people wanted the teachers in our country to start packing firearms.

Some people think that could work.

After all, between teenagers and terrorists, there are some real dangers out there.