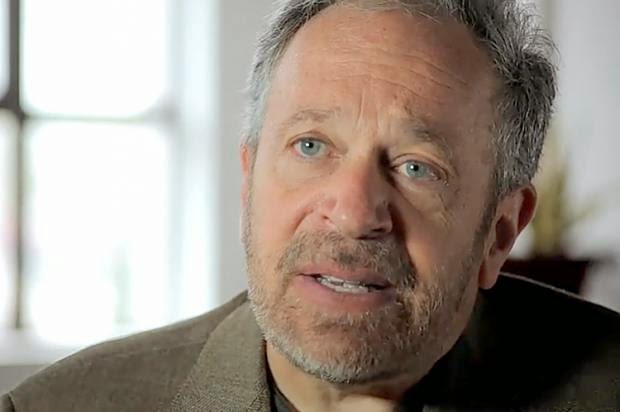 I have previously indicated my doubts about the benefits to be expected from a so-called "Naked Economy," in which individual workers are increasingly having to be self-employed. I was pleased to see that Robert Reich, former Secretary of Labor under President Bill Clinton (and pictured above), is similarly concerned. Reich thinks current economic trends are "hurtling us backwards" into what he sees as a dystopian future.

None of this is inevitable, but Newton's First Law of Motion applies in politics, too:

If we want to change our direction, we're going to have apply some "external force."