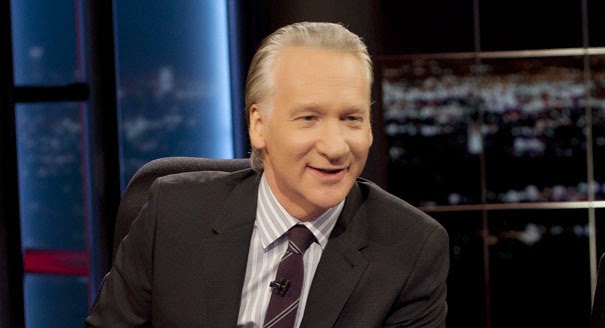 Wikipedia identifies Bill Maher (pictured above) as an American writer, producer, political commentator, television host, political satirist, actor, media critic, and stand-up comedian. I notice that he will be in Santa Cruz, in this latter role, on April 19, 2015.

Maher has most recently been trying to legitimate "socialism." He has proclaimed that socialism created the American Middle Class, and a week ago, on Superbowl Sunday, Maher demonstrated that the National Football League is socialist to the core.

I have to say, stand up comic or not, I don't think Maher is joking.

Maher notes that "socialism" means that we should approach things as though we were in this life together, and that when we do that, when we help each other out, and share, and utilize all of our common resources for the common good, we end up better off.

I think I'm a socialist!!