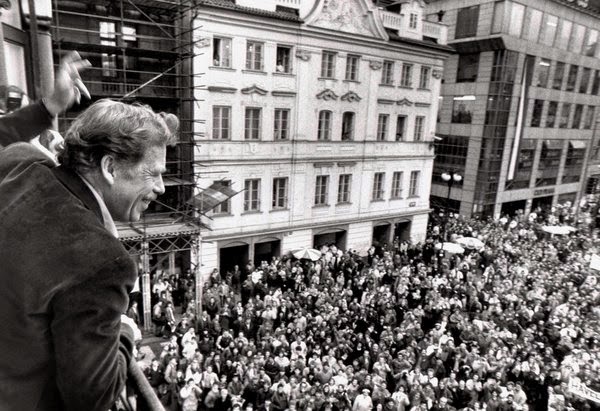 In her comments on a recent biography of Vaclav Havel, by Michael Zantovsky, reviewer Marci Shore says "the idea that individual, subjective consciousness was derivative of one's objective, socioeconomic position ... [is] at the foundation of Marxism." She also recounted what Havel said in a 1990 address to a joint session of the United States Congress:

Consciousness precedes being, and not the other way around ...

According to Shore, "many of the senators and representatives wanted to know what Havel meant, but there was no time to explain....Havel was headed to New York, to a club in the East Village."

As for me, I am kind of a both/and guy - but only to a degree. What Marx said about life "determining" consciousness is indubitably true. But the opposite is also true, and in the world that humans construct, it is, in fact, "consciousness" that ultimately determines "being."