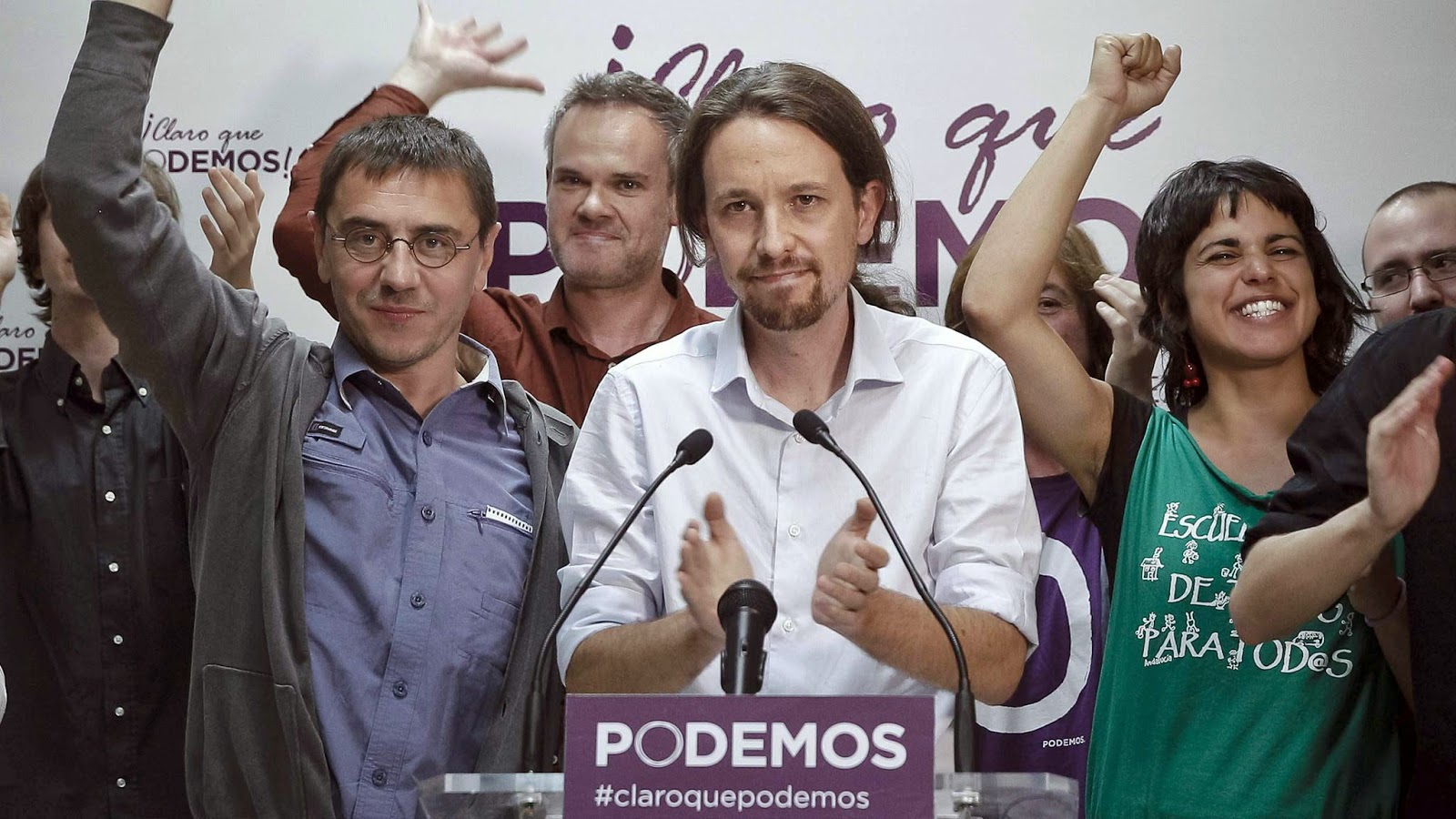 "Can Podemos Win in Spain?" This question is posed by an article under that title in the February 2, 2015 issue of The Nation. The picture above came from another analysis, this one carried by the online edition of the Financial Times.

The article in The Nation suggests that Pablo Iglesias, the pony-tailed, 36-year-old man pictured above in front of the microphones, could be the next Prime Minster of Spain. No such prediction appears in FT, but both articles take seriously the revolutionary potential of what Podemos is doing.

I have to admit that I don't follow European politics enough to have known about Podemos. Now, I am going to start paying attention. According to The Nation, "Podemos promises competency, honesty and democracy." That might be attractive here, as well!

And how about that name? Podemos means "we can."

Revolutionary political changes? And a political movement named "We can?"

They got that name right!

What the website title says: "It's clear we can!"