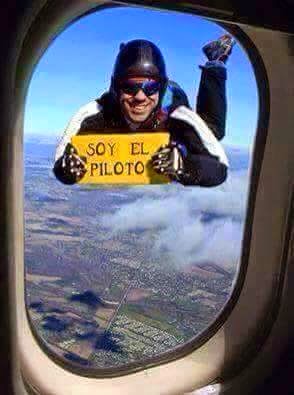 I am not naturally good at languages, though maybe English is an exception. I do think I have some facility in that language.

At any rate, when I was about 45 years old, I decided that I ought to learn Spanish, and I did. It took me several years, courses at Cabrillo College, and forays to Mexico, Spain, and Argentina, but I did learn Spanish. Doing that has been one of the greatest pleasures (and accomplishments) of my life. Because I learned Spanish, I knew that Podemos - We Can - was my kind of political party. There are other benefits, too, beyond the purely political.

For instance, when my friend Steven Jacoby published the above photo, I got the joke.

You might be able to figure it out anyway, but it does help to know Spanish. And it makes it more fun.

For lots of reasons, I recommend learning Spanish.