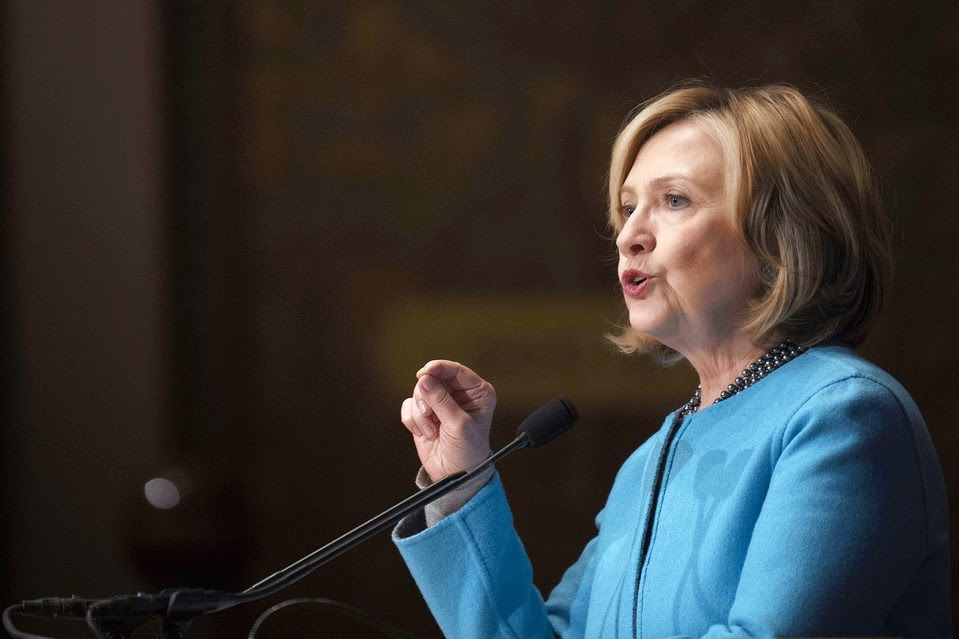 The Wall Street Journal, which I don't think has ever scored very high on its empathy quotient (at least where 99% of the population of the United States is concerned) has begun turning its editorial guns on Hillary Clinton. Journal readers know the drill. President Obama can't do anything right, at least if you believe The Journal. Looks like Hillary Clinton can't, either.

In his "Global View" column on December 9th, Wall Street Journal columnist Bret Stephens accused Clinton of an "empathy deficit." Actually, he appeared to like the basic point that Clinton made in a speech at Georgetown, as she advocated for "smart power" as the basis for United States foreign policy. The definition of this "smart power" concept includes, according to what Clinton said, "showing respect even for one's enemies. Trying to understand, in so far as psychologically possible, [and] empathize with their perspective and point of view."

Stephens said that this was "good advice," and that "Mrs. Clinton isn't wrong to adopt it." Nonetheless, Stephens quarreled with the use of the word "empathize," not because it was wrong, but because it could be misconstrued as "sympathize," and of course it would really be wrong to "sympathize" with one's enemies! Other complaints about Hillary Clinton took up the remaining three quarters of the column.

What I actually liked about Stephens' column was his quotation from Sun Tzu in The Art of War:

If you know the enemy and know yourself, you need not fear the result of a hundred battles.


If you know yourself but not the enemy, for every victory gained you will also suffer a defeat.


If you know neither the enemy nor yourself, you will succumb in every battle."

That strikes me as correct. While I am not a fan of the military metaphor, I do think that "knowing oneself," and knowing "the enemy," is pretty good advice.

Socrates, of course, stayed with the objective of "knowing oneself." If the object, though, is to "know your enemy," as Sun Tzu advises, then empathy is going to be helpful. And that's what Hillary Clinton said.

But let's just posit, for a moment, that we might mount some "sympathy" for our "enemies," too. If we did that, then maybe we could leave that military metaphor and all those "enemies" behind.