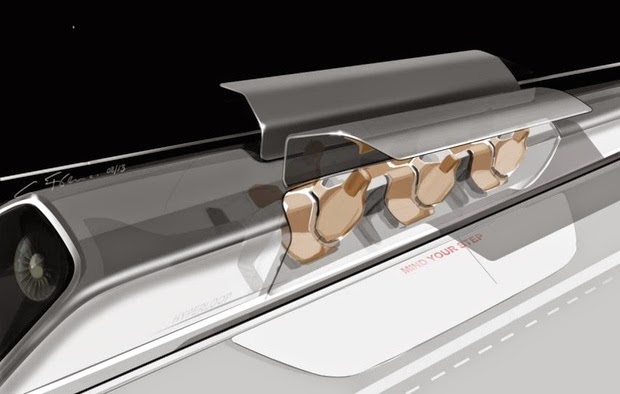 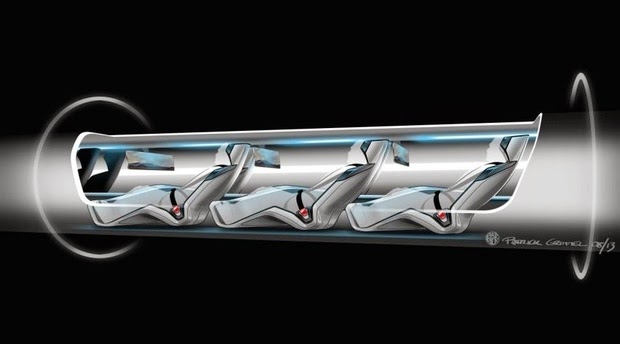 Elon Musk, the futurist head of Tesla Motors and SpaceX, thinks it would be a great idea to build a person-sized pneumatic tube connecting major population centers, so people could sit back and be delivered to their selected destination at about 760 miles per hour. This idea has a name, the "Hyperloop."

According to a recent article in The Atlantic "City Lab," an architect and designer associated with UCLA, who is spending a year studying the concept, has called Musk's idea "insane."

It's a little unclear what Craig Hodgetts means by this statement, however, and the remark may be intended to be something along the line of "that's insane, man," meaning "really good."

Everything checks out, according to Hodgetts, as far as the physics and engineering are concerned. He thinks the main problem may be that taking a ride on the "Hyperloop" might make a rider nauseous. The "City Lab" article opines:

The forces exerted on the body are so great that seat design and panel displays are almost as important as the physics behind the locomotion. If you build it, the passengers will come — but only if the Hyperloop doesn't make people want to throw up.

My own thought, putting aside concerns about the physics of the system, and its possible nausea-inducing qualities, is that I don't think I would really like to put myself into a closed pneumatic container (no windows, I think!) to be fired at 760 miles per hour towards my chosen destination. By car, plane, or train, I'd get to see the scenery. I kind of like that concept. Turning myself into a package or a projectile, to save some time, is just not my idea of a good thing to do.

I like to say (and it's true) that we can do "anything" we want to in our human world.

But just because we "can" do something, doesn't mean we should!