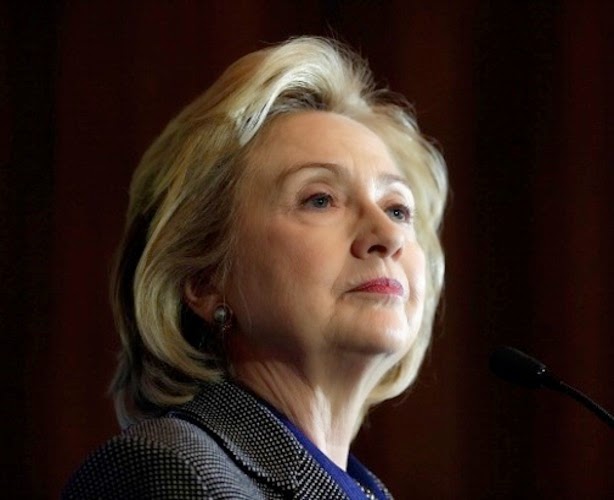 Hillary Clinton has been criticized for both the substance and the timing of her remarks about what has happened in Ferguson, Missouri. Perhaps the strongest statement came from Charles P. Pierce, who writes for Esquire. You can read Pierce's critique right here. He provides what amounts to a paragraph by paragraph review of Clinton's statement, and he has titled his reaction, "This Is Mighty White of You." If you'd like to see the actual presentation that Pierce is complaining about, click here for a video excerpt.

Another reaction to the events in Ferguson, by Jon Stewart, is also worth viewing. His statement is quite a bit different from that made by Ms. Clinton. Mr. Stewart is not running for President, which may account for the candor of his remarks, and the passion he so obviously brings to the discussion.

As Pierce notes, it did take Hillary Clinton quite a while to reveal her thoughts about the events in Ferguson, which began with the police killing of an unarmed black teenager, Michael Brown, on August 9, 2014. I concur that it is worth thinking about why Ms. Clinton took so long to say what she thought. Pierce suggests that her delay was occasioned by Clinton's desire to package and deliver a poll-driven and consultant-compiled statement.


I was most struck, however, by where Ms. Clinton decided to speak out. After waiting for over two weeks to say something about Brown's death and the subsequent events in Ferguson, Ms. Clinton chose to make her statement at a high-tech event held in San Francisco, and sponsored by Nexenta Systems. Nexenta's website spotlighted her speech this way: "Former Secretary of State Hillary Rodham Clinton Delivers Captivating Keynote Address at Nexenta OpenSDx Summit."

Jamelle Bouie, who writes for Slate, thinks that this was the right place for Clinton to make her comments. I am not so sure. If Nexenta paid the going rate, Clinton's "Captivating Keynote" cost the corporation something like $275,000 to $300,000 dollars, which is probably why she ended her talk about the killing of a young black man in Ferguson, Missouri (and what happened afterwards, as members of the community tried to speak out) with this stirring tribute to how Nexenta and the Clinton Foundation will forge a better future:

At Nexenta, you say, better living for a better world. At the Clinton Foundation, we say, we're all in this together. If you put those together, it comes out to a pretty good road map for the future. We need all of you, your energy and your efforts, your innovation, your building, your creating to help us achieve that better world.

Somehow, as Ms. Clinton pulls down her $300,000 corporate speaking fee, and as the engineers at Nexenta keep innovating and creating, black men and women continue to suffer the assaults of a militarized (and white) police force in Ferguson, and in other places. I am missing the connection that ties Nexenta and the Clinton Foundation to the solution of our political problems.

The political, and economic, and social changes we need will not be discovered, I think, on a high-tech platform. The next great thing from Apple, or from Nexenta (and I am not really clear exactly what this company does, though I am prepared to believe that it's fabulous) isn't going to be our salvation. The place where new apps, and gadgets, and high-tech solutions are invented isn't where we will forge the democratic and revolutionary changes that our nation so desperately needs, changes that can prevent the continuing oppression and betrayal of black men and women, all over this country. Check out what Jon Stewart said on The Daily Show. He got it right.

The solutions we need, if they are coming at all, are coming from the streets. From Fergusson. And from my town, and your town, too.