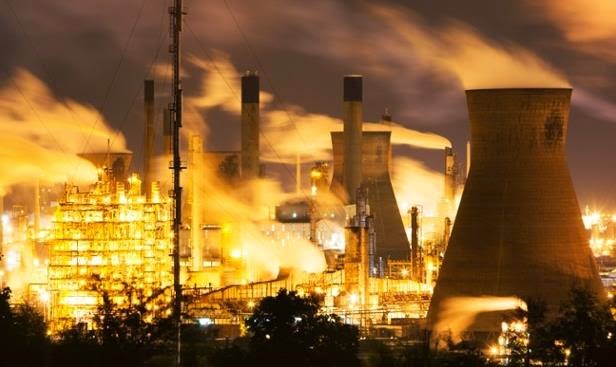 My "Two Worlds" idea is, in essence, a prescription for thinking. It is probably not a prescription that fits every circumstance, but I believe that it is often very helpful to analyze the specifics of our human situation by hypothesizing that we live, simultaneously, in "Two Worlds," a human world, which we create, and which is our immediate home, and the World of Nature (which we have not created), the world upon which we ultimately depend.

Pictured above: one reality within our human world (an energy facility dependent on hydrocarbon fuels). Pictured below: the World of Nature (the world upon which we ultimately depend for life itself). 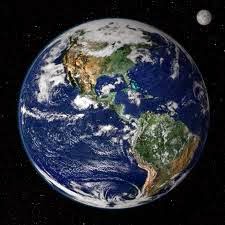 As it turns out, the "left-wing" Rossiter was discharged from the "left-wing" Institute just five days after writing an opinion piece in The Wall Street Journal in which Rossiter argued that "the computer modeling used to support claims that the earth is headed for a climate catastrophe is far from definitive." The Journal's editorial denounced what it regarded as a left-wing demand for "intellectual conformity."

Rossiter's article was called "Sacrificing Africa for Climate Change." I do not presume to comment on whether Rossiter's views about climate change modeling are correct, and I also don't want to comment on whether or not the Institute for Policy Studies was seeking to stifle legitimate debate about an important issue, which is what The Journal obviously believes to be the case.

I want to cite to The Journal's July 5th editorial to illuminate how a "Two Worlds" analysis can be applied to statements about the human situation. Here is the quotation from the editorial that grabbed my attention:

Mr. Rossiter ... an American University adjunct professor of math and statistics, argued that the computer modeling used to support claims that the earth is headed for a climate catastrophe is far from definitive. But more important from a moral point of view, he wrote that limiting fossil fuels would make it harder for Africa to escape poverty.

The two aspects of the debate mentioned above are incommensurable, and The Journal is arguing that decisions affecting the World of Nature can legitimately be based on what humans want to do in their human-created world. Whether or not Earth is headed for a climate catastrophe is essentially a question directed to the realities of the World of Nature. Complex interactions involving physics, biology, and chemistry will determine what will happen to the World of Nature, as humans continue to add carbon dioxide and other greenhouse gases to the atmosphere.

"Poverty" is a category applicable to the human world. "Politics" will determine whether or not Africa remains in poverty or moves from it.

If it is true that our "human world" is dependent on the World of Nature (and that is the basic premise in my "Two Worlds" hypothesis), then we need to address the issue of poverty, in Africa and elsewhere, in terms of the "political" decisions that can eliminate that poverty, without undermining the conditions in the World of Nature that support our civilization.

If continued global warming might (or will) destroy the foundations of our human world, it becomes obvious that eliminating poverty within that human world is not a justification for continuing to destroy the World of Nature. We need to address poverty another way. There is nothing "moral" about destroying the World of Nature to solve a human problem. In fact, it's a misguided attempt.

My own belief is that global warming is "real," and is caused by human activity, and that global warming poses a major threat to human civilization. That view is regularly contested by others who comment on the assertions about global warming that I make in this blog. I am happy for the debate! If I am right, though, about the dependence of our human world on the natural systems that support it, it becomes clear that our human "politics" must protect Earth First. That is a "precautionary" approach.

It is the only "right" approach, in my opinion.