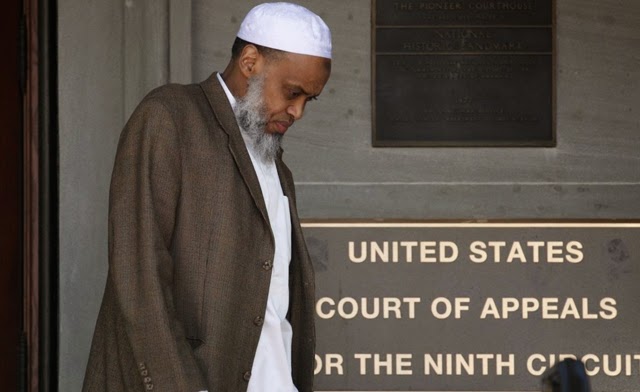 Pictured above is Imam Mohamed Sheikh Abdirahman Kariye, one of fifteen American Muslims who brought a lawsuit challenging the government's "No Fly" list. The "No Fly" list was established in 2003. If you are on the "No Fly" list, you are not allowed to fly in an airplane. Period. And there is no way to get "off" the list, either. Currently, there are something like 21,000 people on the list.

On June 24th, U.S. District Judge Anna J. Brown, based in Portland, Oregon, ruled that the government's "No-Fly" list violates the right to due process and travel by air. Read this article, from the Common Dreams website, to find out more about the decision. Read this article, from 2012, for information on the procedural background of the case. Brown's decision, as quoted in the Common Dreams article, says this:

However, establishing a "No Fly" rule for terrorists is something different from saying that the government can decide, in private, who is enough of a "terrorist" to be put on that "No Fly" list, and that once the government has made that decision it's final, with no avenue of appeal or review. It was this feature that the court struck down. No problem with a "No Fly" list. But if you are on it, you have a right to demand an explanation of "why," and to show that you shouldn't be on it.

Due process is what secures the freedoms that define our democracy. That's what our Bill of Rights demands.

Not even a legitimate fear of terrorists, flying, should trump the Bill of Rights.