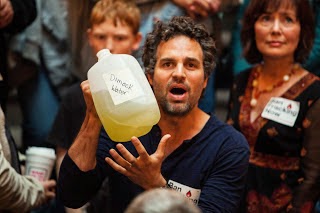 Environmental attorneys (I am one) often represent individuals and community groups in opposition to various kinds of proposed governmental and private projects that have the potential to degrade and defile the natural environment.

Project proponents sometimes revile the environmental opposition by claiming that project opponents are motivated solely by a selfish "Not In My Backyard" philosophy. The opponents are called NIMBYS, and the implicit claim is that if a project opponent has some personal stake in stopping a project, the merits of that opposition are irrelevant. Not much noticed is that project proponents almost always stand to benefit economically from an approval of the projects they are proposing (despite claims often made of the great public purposes to be achieved, if only the proposed project is approved).

It does happen to be true that those who oppose environmentally destructive proposals do so because they are aware, from a personal connection, of exactly what the stakes are. Usually, the leaders of the opposition to a proposed project live right in the "backyard" of the project proposed. That's why the opponents know how bad the project would be. They are familiar with the territory.

Name calling "NIMBY" is a way to avoid the real issues, and in my experience, most of those who work to oppose environmentally destructive projects aren't acting out of selfishness. They do so based on a NIABY philosophy:

Not In Anyone's Backyard!