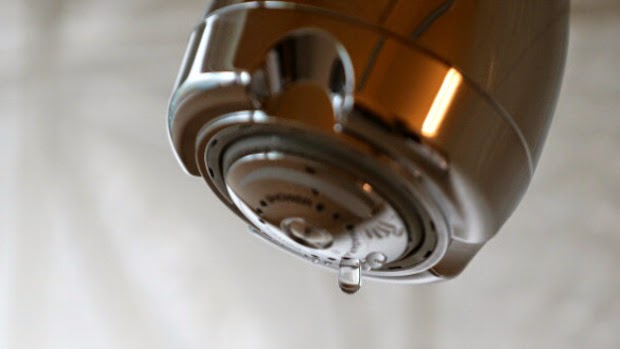 The Santa Cruz County Grand Jury has issued its 2013-2014 Grand Jury Report, and the KCBS television station in San Francisco characterized one of its findings this way:

A desalination plant for Santa Cruz County has been talked about and studied for years. Now, a civil grand jury said it is the only single solution to averting an environmental disaster.

Similar statements were made in the local newspaper. Having read the Grand Jury Report myself, I can't really disagree with this news coverage. The Grand Jury did pretty much come down 100% for desalination. That much is true.

What is more important, of course, is whether the Grand Jury is "right" in the conclusions it came to.

Many people think that Grand Juries provide a genuinely effective citizen review over governmental activities, and tend to think that if a Grand Jury says something, it is probably "true." This latest Grand Jury Report shows the danger of any such thinking. Grand Juries have no secret access to infallibility, and this Grand Jury's conclusions on desalination reflect a couple of conceptual fallacies and an unfortunate naivete or gullibility about the desalination issue.

That's where the gullibility problem comes in. It is apparent that the Grand Jury rather uncritically believed the agencies, and pretty much took their word for it.

Apparently, the Grand Jury didn't know that both the City of Santa Cruz and the Soquel Creek Water District have been part of a statewide industry group that is dedicated to advancing desalination in California, as the group's "sole mission." This industry-sponsored group, CalDesal, takes public money from its public agency members, like the City of Santa Cruz, which is still a member, and then uses that money to advance the desalination cause, statewide. The major beneficiaries of this effort are the engineering and construction companies that seek to build hugely expensive desalination plants. Their analysis of desalination as the right "solution" to water supply problems is highly suspect. You would think that the Grand Jury might have had some suspicion about arguments advanced by public agencies that have subscribed to the advancement of desalination as a their "sole mission." No such suspicion or skepticism is manifested in the Grand Jury Report.

It is also true that once a public agency has spent tens of millions of dollars on a project, the elected officials don't want to admit that they might have been wrong. That's the case here, but the Grand Jury apparently didn't notice this reason to be somewhat skeptical about the public agencies' claims.

The point I want to make, on the gullibility/naivete front, is that the Grand Jury should approach public agencies and their claims with an inherent "skepticism" about the arguments that the public agencies advance for projects that have obviously failed to win public approval. No such Grand Jury skepticism was evident in this case.

There is another indication that the Grand Jury was naive in its acceptance of the claims of the City of Santa Cruz and the Soquel Creek Water District. The Grand Jury Report says "multiple officials told the Grand Jury that the need for the project was not properly conveyed to the public." In other words, the agencies claim that the failure of their project to gain public acceptance was really only due to the agencies' own failure better to educate the (presumably stupid and uninformed) public about the benefits of desalination.

Shouldn't the Grand Jury have wondered, just a little, whether the public has been as dumb and uninformed as the officials say, perhaps giving just a little bit of credence to the fact that the public might actually have been on to something? Again, no skepticism evident!

The conceptual problem, however, is this: the actual challenge isn't to find a new, "supplemental water supply." The real problem is to find a way to bring into balance our water supply and our demand for water. We don't have to find a new water source if we can achieve a supply and demand balance by efforts made on the "conservation" side. If we can lower our "demand" parameters, we can solve our problem that way. It is just not true that the "only" solution is to find some new water source. We can change demand as well as supply - and probably a lot more cheaply, as a matter of fact. That is what the City and the District never have been willing to admit, and perhaps that is because they are affiliated with the CalDesal goal of pursuing desalination as the "sole" way to address water supply problems.

And let's not forget that second conceptual fallacy, either. Who says that the solution has to be a "single" solution? Particularly when we start looking for ways to lower "demand," we find that there are multiple pathways successfully to establish a supply/demand balance.

Only CalDesal and its local public agency cohorts insist that the only solution is a "single" solution. The rest of us know that we will get to where we need to go by a "multiplicity" of solutions, balancing supply and demand, rather than by pursuing an illusory "single solution."

I think it is too bad that the Grand Jury wasn't a bit more analytical, and a bit less gullible.