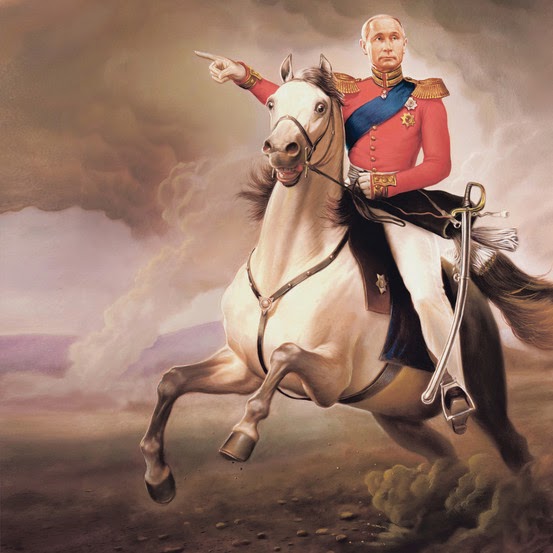 The Wall Street Journal calls the President of Russia "Vladimir The (Not So) Great." That was the title affixed to the print edition of the Journal's recent story on Russian exceptionalism. The story was written by Leon Aron, a "resident scholar" at the American Enterprise Institute. Aron's article appeared in the May 31-June 1 edition of The Journal, and points out all the problems associated with claims of Russian exceptionalism.

A day or so before the article appeared in The Wall Street Journal, the President of the United States made a claim of exceptionalism on behalf of our nation. Speaking to that graduating class at West Point, President Obama proclaimed:

I believe in American exceptionalism with every fiber of my being.

We are all exceptional, in our own ways, and nations are, too. Problems arise, though, when our recognition that we are "exceptional" is accompanied by a belief that this excuses us from the rules that apply to everyone else. Raskolnikov, Dostoevsky's fictional Russian character, definitely had that idea about himself, and that idea is what persuaded him that he was justified in killing other people when that turned out to be convenient.

Our President's assertion that he believes in American exceptionalism with "every fiber of his being" may be the reason that he has decided that he, acting individually, has the right to order the murder of those persons, including individual American citizens, whom he determines should be killed to preserve national security.

You might say that President Obama's exceptionalism is a case of Raskolnikov meeting the drones. Or, you could say: "President Obama, meet President Putin. You've got a lot in common. Now, both of you, get over it!"