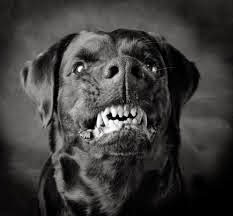 I think I know quite a bit about being an elected official, since I was one for twenty years. My current job, as an environmental attorney in private practice, is to represent individuals and community groups as they deal with governmental agencies, usually with respect to various land use related matters. That puts me in constant contact with elected officials and their staff.

In connection with my current job, I often find that "the staff" gets blamed for some of the problems that my clients are concerned about. A staff report, for instance, recommends a course of action that is contrary to what my clients think is the right policy; and then the City Council, or Board of Supervisors, actually does what the staff recommends. The staff denies requests for information, or sets hearings in a way that actively discourages citizen participation. Appeals to the elected officials, to get involved, don't bear fruit. You get the idea.

When the individuals and groups for whom I work tell me it's "the staff" that is responsible for the problems they are encountering (and this is a pretty common complaint), I tell them about my "Black Dog" theory.

My theory that says that if the black dog is biting you, you need to blame the person holding the leash, not the dog itself. I think that's basically true, and we all need to keep that in mind as we deal with governmental bureaucracies. Ultimately, if our system of representative self-government is going to work, we need to place responsibility on our elected representatives, and hold them politically accountable. Doing anything else just let's them off the hook.

Doing anything else, and the black dog keeps biting!