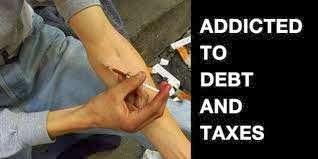 The Legislative Analyst's Office has recently published a report titled A Look at Voter-Approval Requirements for Local Taxes. Here is a quick summary, which might entice you to read the whole report:

For about 100 years, California’s local governments generally could raise taxes without directly securing their residents’ consent. Beginning in 1978, the state’s voters amended the California Constitution several times to require that local government tax increases be approved by local voters. Recently, the Legislature has shown interest in exploring changes to voter-approval requirements for local taxes. Several proposals to place changes before the voters have been introduced during the current legislative session. This report was developed to provide context for discussions about the state’s voter-approval requirements. We do not offer any suggested changes to these requirements. The report is divided into four sections:


I was an elected local government official in 1978. I remember Proposition 13 quite well! The passage of Proposition 13 in June of that year, plus the subsequent changes to the California Constitution outlined in the LAO's report, fundamentally changed our governmental system.

Our current system presumes that local voters should legislate directly on what is arguably one of the most important decisions that our local government makes, namely, how much we should each be asked to pay from our individual resources to support the activities needed to achieve our community or collective goals.

Post Proposition 13, we do not trust our elected representatives to make those decisions on our behalf. There are lots of good reasons not to trust our elected representatives, of course. Some of them turn out to be quite untrustworthy, for various reasons from incompetence to corruption. The tradition in this country, though, has always been that we use "politics" to eliminate bad representation and bad representatives. In California, in particular, we not only have the normal cycle of elections at our disposal; we also have the recall, the referendum, and the initiative.

"Direct democracy," which contemplates that key decisions are made by the voters, not their representatives, demands voter involvement on a constant basis. We're not getting that, clearly! And since our local officials have been relieved of the responsibility to set taxes, they can claim that they are "not to blame" when our local government agencies fail to respond to community problems and concerns. They have a pretty good argument, too.

The upshot of Proposition 13 and its follow-on measures has been a transfer of power to the State Legislature, which is even less responsive to the voters than local governments.

In short, we have kind of screwed it up! And the quality of our local government, today, reflects that fact.

The image I have chosen to head up today's posting demonstrates the lack of respect that local government has among voters. It is from a community-based anti-tax group in Dublin, California. The "addicted to debt and taxes claim" shows the kind of contempt for local government that is ever more prevalent among voters, and such contempt, of course, leads to a withdrawal of support for (and funding for) local government actions to address community problems. And just to be complete in my comments on the image, which is kind of self-contradictory, it is also true that "debt" goes up when "taxes" don't, since if there are essential expenditures, that simply must be made, and you can't raise "taxes" to pay for them, the government has little option but to put off the payment, and to incur more "debt."

Well, nothing last forever. "Ad infinitum" probably isn't technically correct. By now, however, we have had thirty-six years of experience of what happens when we don't give local government the tools it needs actually to govern. That is not an "infinite" amount of time, but it's a "long time."

So, what have we learned? What happens next?