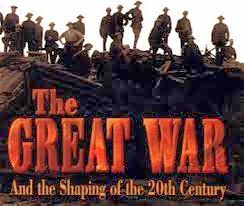 Am I the only one who just can't get too excited about, or interested in, the conflict in the Ukraine? All those pictures of armored vehicles, or tanks? That's only an example. I am not getting excited about any other war, or any prospective war, either. I am just not seeing "war" as anything but a worn out metaphor. So last century!

That article I mentioned yesterday (I liked the last line), was written by William K. Lietzau, a member of the professional war-making class. His real sentiments weren't actually contained in the last line, I think, but came out earlier in the article:

Our focus should be on defeating al Qaeda. Win the war, and Guantanamo will close itself.

This sounds like where I came in. Let's "win the war" (in Vietnam; in Afghanistan; against terror). That has been the national prescription for virtually my entire life. We won World War II. Now, let's win more wars! Let's call it "defense."

That's so Twentieth Century. That's so "over."