#68 / This Could Destroy The World 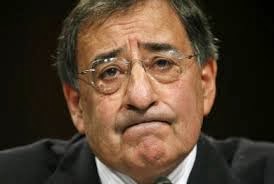 Leon Panetta, pictured, represented my area in the United States House of Representatives for many years. He went on to be the head of the CIA, and then the Defense Department, assisting President Obama in developing the "kill lists" that give "Predators" and "Reapers" their drone strike targets.

Last week, Panetta addressed the California Police Chiefs Association, meeting in Monterey, and he drew a parallel between the Police Chiefs' on-the-street crime fighting assignments and his former work as the globe's most powerful enforcement officer.

Panetta said something in his speech to the Police Chiefs that caught my eye. After listing a number of places in the world where military and civil strife is destroying cities and resulting in the death and disfigurement of thousands of people, he said that the "greatest threat to security" is from "cyber attacks."

It is true that we have chosen to base important parts of our human world on "virtual" realities, and by so doing, we have, indeed, put our civilization in a vulnerable position. I think it's important, however, to focus on what could really "destroy the world." A destruction of the natural environment, which sustains all life, is what can actually destroy the human world that we have built. I'd like to see a little more attention paid to that.

And while I certainly agree that "cybersecurity" is a worthy topic, not to be ignored, I am leery of Panetta's most recent claim. I am not going to panic at this Panetta pronouncement that "cyber attacks" are the greatest danger we face. Fear is a tool of control. And no one knows that better than the CIA and the Pentagon.

I have decided that I am not going to be afraid of Panetta's posited "cyber attack" danger. I refuse to be enchanted and mystified into supporting any further loss of democratic liberties and individual freedoms by threats from representatives of what Bill Moyers calls the "Deep State."

Let's not cede any more power to those who presume to rule the world, from rooms buried beneath the White House. And let's be a little skeptical about claims from Deep State fear mongers that cyber attacks could "destroy the world."