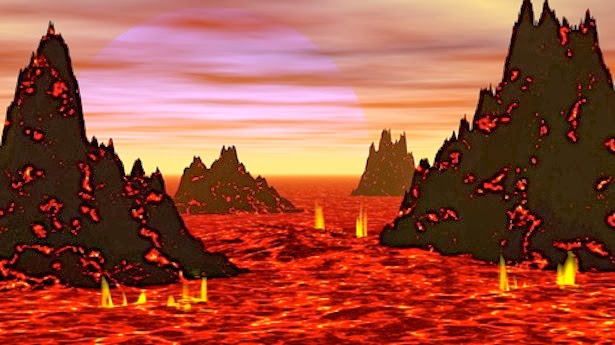 Jeremy England, a 31-year old physicist at MIT, is advancing a theory that the transformation of inanimate matter into life is all just physics. According to England, the emergence of life is as "unsurprising as rocks rolling downhill." You can read a paper that presents England's theory right here.

England's paper is titled "Statistical physics of self-replication." I was introduced to his ideas through a more "popular" version, which appeared on January 22nd in Quanta Magazine. Unless you are a physicist, I suggest you might start with that one. A somewhat patronizing note on the article as published in Quanta claimed that England's ideas were nothing new. In fact, says Karo Michaelian, "I wrote all about it in 2009."

Whoever gets the credit, I guess this is a theory to which we ought to pay attention. The Quanta article quoted Professor Carl Franck to the effect that England's ideas have made Dr. Franck "think that the distinction between living and nonliving matter is not sharp.”

To the non-physicist eye (I am putting myself in that category, of course), the difference between living and nonliving matter actually does appear rather distinct. I also may be unfairly skeptical when I ponder why all sorts of living beings of different kinds aren't popping up everywhere, as we point our telescopes around the universe. You would think that we might see more evidence of living matter showing up, if the emergence of life is really as predictable as "rocks rolling downhill."

At any rate, as you can tell, I am somewhat skeptical about the idea that life is all just physics, and that life emerges automatically, given certain base conditions. I must admit, though, that my major concern at the moment, as I consider the state of the world, is not really how non-living matter might "self-replicate" itself into living matter. My concern is more whether we human beings, leading examples in the world of "living matter," might be close to turning all or most of the "living matter" in the world (including ourselves) back into "nonliving matter."

Just saying. I think that is a possibility that we ought to take seriously!