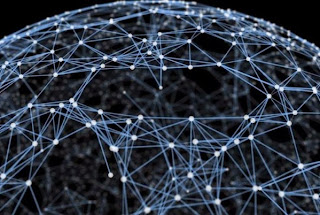 When I see articles that I consider provocative, and worth thinking about, I often pass them on to my Facebook Friends. Usually, such articles are about politics, but recently I posted an article titled "Speculations on a probable future destruction of the internet." The article portrays a near "end of the world" scenario, documenting the significant problems that any future failure of the internet would surely cause. My advisory, accompanying my link to the article, suggested that the article was for "those searching for something new to worry about!"

One of my "geek" friends (and that title is well-earned and definitely merited in his case) told me that the concerns expressed in the article were "overblown or unrealistic. There may be regional outages; nothing near total. The virus that takes down the net for more than five minutes (if at all) is fantasy out of a Michael Crichton novel."

I tend to think my "GeekSpeak" friend is right, but it never hurts to be humble. Humans often, in my experience, think that they are more "in control" than they actually are. Self-doubt and self-questioning can have some beneficial effects. A good dollop of the "precautionary principle" is a good prescription. Take some daily.

What actually attracted me to the article was an imbedded philosophical question. Is the world that we have created, our "human world," more or less reliable than the world into which were were born, the World of Nature?

I think I'm sticking with Nature "when the deal goes down."