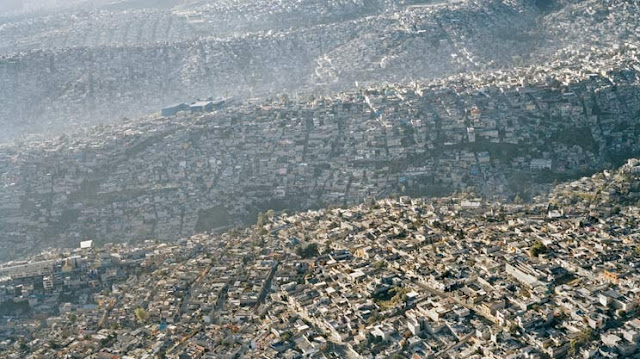 On Friday, December 6th, I received two different email bulletins about articles that Scientific American has put online. One of the articles posed this question: "How Long Have Humans Dominated The Planet?" This article discusses the "Anthropocene," a newly defined epoch in which humanity is the dominant force on Planet Earth. I have mentioned the Anthropocene previously, in commenting (1) on the writings of Elizabeth Kolbert, and (2) on the reason that I recommend making a tax-deductible contribution to the Earth Island Institute.

For a little more on the Anthropocene, click on the picture, which certainly does show how humans are now seeking to "dominate" the planet.

The second article from Scientific American was titled "Dangerous Global Warming is Closer Than You Think." That article pretty much indicates that our human "domination" of Planet Earth is working to our own disadvantage. One of my Facebook Friends commented "I fear we will greatly regret our lack of urgency on this issue." I think that's a sage comment, and perhaps an understatement.

Could it be that "domination" of the Planet should not be our guiding principle? If we don't start making some changes soon, the Anthropocene era may turn out to be quite brief!