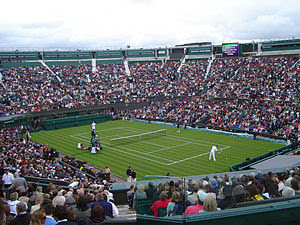 Our legal/political system is adversarial at its core. It is expected that there are going to be different views and different interests, and that opposing parties must contend against each other. That's the way it works in the "court" of public opinion. That's a built-in feature of the legislative process.

That is also why judicial courts and tennis courts have a lot in common.

When legal disputes come to court, the court itself is not an active "player." A law court, just like a tennis court, is simply the terrain on which opponents battle it out, according to the rules.