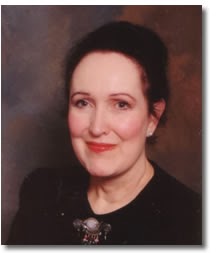 Readers of the Santa Cruz Sentinel, among whom I number myself, are periodically furnished with an opportunity to read the thoughts of Laina Farhat-Holzman, whose website describes her as follows: "Dr. Laina Farhat-Holzman is a writer and historian who formerly taught World History and Islamic Civilization at Golden Gate University in San Francisco, where she was also Executive Director of the San Francisco United Nations Association and was a frequent speaker for the World Affairs Council and the Commonwealth Club. She has been a more than a three decade observer of the Islamic Revolution in Iran and has been charting the growth of fanatical radicalized Islam around the world."

In her column appearing in the Sentinel on October 19, 2013, Dr. Farhat-Holzman talks about "democracy," which she defines as "rule by the people." She seems to suggest that there is some sort of significant difference between a "direct" democracy (as existed, supposedly, in ancient Athens) and the "republic" we have today in the United States, since our democracy operates on representative principles. Personally, I don't see the distinction as being fundamental, since it seems to me that if democracy truly means "rule by the people," any sort of system, direct or representative, should qualify, if the people themselves are actually in charge of structuring and operating the government.

That point aside, the October 19th column was given the following headline in the Sentinel: "A democratic republic has strings attached." Farhat-Holzman outlines her thought about those "strings" as follows:

One essential element of a successful Republic is rule of law. We all know that. But less understood is the other essential element: a common culture. Failure to recognize the importance of this commonality is damaging our own republic today ...

With this assertion I must profoundly disagree. The "greatness" of the democratic system established in our Constitution is precisely that it sets up a civil government that operates within a "political" sphere,  a sphere in which democratically-enacted "laws" state the rules. Ours is, indeed, a government that operates by means of a "rule of "law," and not one with any commitment to "culture" whatsoever. The very first words in the First Amendment should make this clear:

Whether the word "culture" or "religion" is used, the meaning is the same. And the American system rejects the idea that "culture" and "religion" are subjects for democratic decision.

If there is hope for our world now, in what is indisputably a "global" society, that hope comes from the possibility that we will be able, ultimately, to agree that "culture," and "religion," shall not be legislated, and that "culture" is not subject to the democratic rule of the majority.

Our commitment to diversity, present from the very beginning of the Republic, is a unique gift to the world. I am sorry to see Dr. Farhat-Holzman depreciate it.