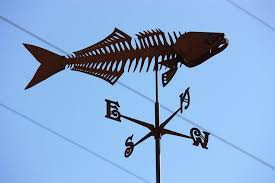 I am no longer an environmental lobbyist, as I was for about five years, in two different stints. Nonetheless, I still pay attention to what happens to the environment in the California State Legislature. Lots of times, what happens isn't very good. The Legislature has just adjourned, and so the first year of this two-year session is now over. I would have to say that the session ended with very mixed reviews for the environment.

My biggest disappointment was the failure of the Legislature to pass Assembly Bill 976, by Assembly Member Toni Atkins. Assembly Member Mark Stone, who represents Santa Cruz and Monterey counties in Sacramento, was the Principal Coauthor. Had it passed, AB 976 would have allowed the California Coastal Commission to assess administrative civil penalties, in response to violations of the California Coastal Act. The Coastal Commission is just about the only state regulatory agency that doesn't have the power to issue administrative civil penalties when the law is being broken. The Commission can only respond to violations of the Coastal Act by going to court, and this takes so much time, and costs so much money, that violators routinely escape any penalty at all. Click this link to see an analysis of the bill.

Why did AB 976 fail? It failed because a number of Democratic Assembly Members refused to vote one way or the other.

Among the number of non-voting Assembly Members was Assembly Member Luis Alejo, who represents the 30th Assembly District. Click the link to see a map of that District. It includes coastal areas in south Santa Cruz County, and most of the Big Sur Coast. One would think that Assembly Member Alejo would want the Coastal Act enforced.

Apparently not - or not enough to vote for the bill, at least.

What happened to AB 976 made me think of what David Brower used to say about politicians and the public. Brower was a pretty smart guy, as well as being a great environmentalist:

Don’t expect politicians, even the good ones, to do your job for you. Politicians are like weather vanes. Our job is to make the wind blow.


It is probably time to do a little "blowing" down around the 30th Assembly District. Mr. Alejo will have another chance to vote next year.