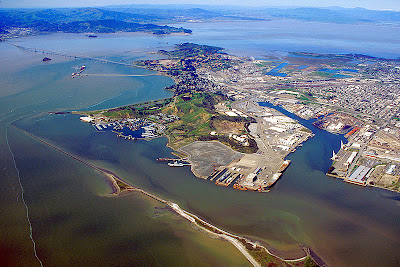 Want to check out the demographics of Richmond, California? Click right here and look at statistics for the city. I clicked at random on the map and found a median household income of $29,107 per year in the 94801 Zip Code. That really isn't all that great. Richmond could be one of those communities that the President is talking about in his nationwide "economic refocus" tour, demanding changes in social and economic policy that will provide basic economic protection for middle class families.

I decided to hunt down some statistics on Richmond because of an article that appeared in the Wednesday, July 31st edition of the San Francisco Chronicle. That article announced that Richmond is getting close to using its powers of eminent domain to recapture homes in foreclosure, taking them away from the banks, which have essentially refused to recognize that they "lost" money in the wild speculative market price runup that the banks themselves helped perpetuate. The City of Richmond would like to get on with the productive use of its housing stock. I applaud the City's willingness to get tough (finally) with the banks. I'd like to see that kind of approach at the federal level.

Suppose, instead of bailing out the "too big to fail" banks, the federal government had simply "bought out" the overvalued housing stock held by these institutions, and then sold the houses back to their owners, or to other working families, at a price that reflected their true value, and on mortgage terms that working families could afford? If, in connection with such transactions, the government then applied the kind of resale restrictions that are mandated by Santa Cruz County's inclusionary housing ordinance, we would have achieved stable, long term housing prices on all that real estate, removing those homes from the speculative market.

I actually sent in that suggestion to federal officials I knew, at the time. But no such luck. The federal government was keeping its eye on the interests of the nation's big banks.

Hooray for Richmond, for putting the interests of the public first! 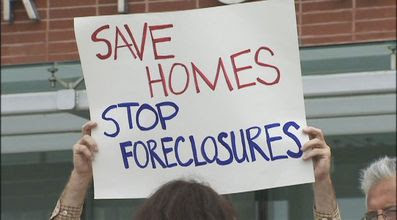