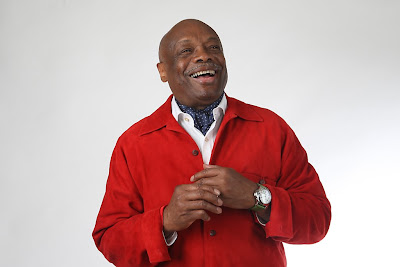 I think that one of our basic assignments as citizens is to "speak truth to power." The opposite approach is to speak out as an apologist for power while denigrating the truth. To give you an example of how that works, I refer you to the most recent "Willie's World" column, as it appeared in the San Francisco Chronicle on Sunday, July 28th.

Willie Brown is the former Mayor of San Francisco, and the former Speaker of the Assembly. His self-promotional weekly column is often fun to read. However, I was not much amused by this observation in his most recent edition:

News that the Transbay Terminal is something like $300 million over budget should not come as a shock to anyone. We always knew the initial estimate was way under the real cost. Just like we never had a real cost for the Central Subway or the Bay Bridge or any other massive construction project. So, get off it.


In the world of civic projects, the first budget is really just a down payment. If people knew the real cost from the start, nothing would ever be approved. The idea is to get going. Start digging a hole and make it so big there's no alternative to coming up with the money to fill it in.

Who is that "we" that "always knew" the real cost of the Transbay project, and of the other big infrastructure projects that Willie is talking about? I am betting that "Inside Willie" would include himself in that number, but not included are the poor schmucks (the voters) who are going to have to come up with the money to fill the budgetary hole.

As I know from my personal experience, the state's proposed High Speed Train project has proceeded, and is proceeding, on exactly the basis that Willie is outlining above (and justifying). The voters are lied to, and then are expected to double down on a project that has been misrepresented from the start. Willie's formula, as faithfully followed by the politically powerful, is what has convinced most members of the public that politicians (like Willie) are liars and possibly crooks, and that participation in politics and government isn't worthwhile.

This is not the right prescription for a decent future for our children – or for ourselves. We need our politicians (and ex-politicians) to start advocating for honesty and the truth.