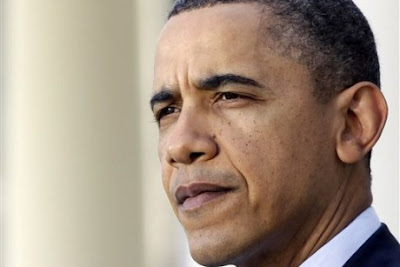 I am pretty clear on what the Constitution says about the nation's war making powers.

Article I, Section 8, Clause 11 of the Constitution is sometimes referred to as the War Powers Clause. It vests in the Congress the power to declare war, in the following words: "Congress shall have Power ... To declare War, grant Letters of Marque and Reprisal, and make Rules concerning Captures on Land and Water..."

Of late, especially since the Administration of George W. Bush and his "War on Terror," the President has tended to disregard the idea that Congress should be involved in making decisions about war.

A March 31, 2011 article in Salon, following up on a March 18, 2011 article to the same effect, shows how this has been true of the Obama Administration.

Since I believe that ordinary men and women should be encouraged to participate in politics and governmental affairs, I am upset by assertions that seem to rob ordinary people of their power. When Willie Brown asserts that "everybody knows" that the government is lying about the cost of proposed infrastructure projects, and by "everybody" he means the "insiders," he is really asserting that ordinary citizens are not, and ought not to be, in charge of the key governmental decisions that will affect their lives. It's a profoundly anti-democratic sentiment. Since Brown speaks with what seems to be an authoritative voice, lots of people believe him, which is greatly discouraging to anyone's interest in getting involved in politics.

Similarly, if the President and his advisors claim that our elected representatives really have no role to play in decisions about when, and where, and how the nation will wage war, it is easy for the citizens to give up any idea that they should have a say. In fact, such active discouragement of genuine citizen based politics has definitely carried the day. Most people wouldn't think of getting involved in "politics," since they have been convinced that any such involvement would be futile, and a trick.

On Saturday, July 27th, The Wall Street Journal published an editorial critical of President Obama. The specific complaint was that the Administration does not seem to be fighting very hard to assert that the government should be able to make copies of every email and other communication made by any person in the United States, anytime. You have heard they are doing that, right? Congress tried to ban this practice, and legislation to truncate these governmental activities failed recently on a 217-205 vote in the House of Representatives.

According to The Wall Street Journal, the Obama Administration didn't fight hard enough to assert the government's right to spy on everyone, all the time. In fact, the Journal speculated, it might be that "Mr. Obama really is trying to undermine his own war-making power."

Could it be that President Obama, in fact, realizes that the life and death decisions that are related to war are not his alone to make?

That would be encouraging!