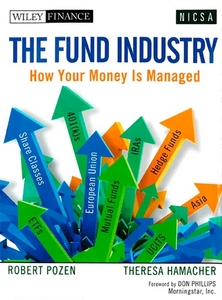 I read an article in The Wall Street Journal on Monday, January 7th, that talked about "the fund industry." As you can see from the image, the idea that the world of Wall Street is an actual "industry" is widely-accepted. The "finance" sector of our economy, in fact, sometimes called FIRE, because it is composed of the finance, insurance and real estate sectors, has experienced an unprecedented and continued growth. This growth has come at the expense of real production, i.e., manufacturing. Since 1950, the finance "industry" has grown from 10 percent of our Gross Domestic Product to over 20 percent. During the same time period, manufacturing has declined from 25 percent of GDP to only 11 percent.

The facts just quoted come from an article entitled "Turning The Economy Into A Casino," authored by David B. Matias and Sophia V. Burress. This article is found in a fascinating book called The Intellectual Origins of the Global Financial Crisis, edited by Roger Berkowitz and Taun N. Toay. I have mentioned this book before, in an earlier posting, quoting from a review. Now, I have had the opportunity to read the actual book.

The Intellectual Origins of the Global Financial Crisis is a book worth reading: Hannah Arendt does economic analysis. That is pretty much the idea that has motivated the book. I recommend it.

Oh, and I don't think that the so-called "fund industry" is any kind of real "industry" at all. Names seem to refer to real things, but George Orwell wasn't the first to note that names can be misleading - and intentionally so. Think about that "Defense Department" we keep hearing so much about!