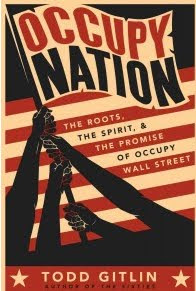 Todd Gitlin was President of Students for a Democratic Society (SDS), a group that was active in the antiwar 1960's, and that urged a radical (and some would say "revolutionary") change in our government and politics. SDS promoted "participatory democracy," and published the Port Huron Statement as its intellectual argument for the kind of political and governmental changes that the group endorsed.

Most recently, Gitlin has written a book on the "Occupy" movement. He will be speaking next weekend at the Fall Conference of the Hannah Arendt Center at Bard College. The conference topic is: "Does The President Matter?"

I wish I could be there.

For those who can't be there, let me suggest an article that discusses the Gitlin book, in the context of the question, "Does The President Matter?" The article cites Hannah Arendt's comments on the student protests of the 1960's as follows:


The article about Gitlin's book says that the book reveals that there are at least some people who still "aspire to be real revolutionaries."

That's why I'd like to be at that conference. Maybe I would find some friends.

Next best: I think I better read that book!