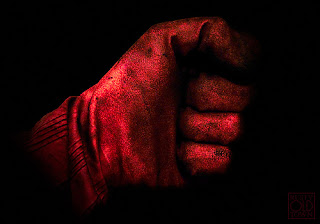 In June 1990, Czechoslovakia held its first democratic elections since 1946. The term Velvet Revolution [to denominate this event] was coined by Rita Klímová, the dissidents' English translator, who later became the new non-Communist regime's ambassador to the United States. The term was used internationally to describe the revolution, although the Czech side also used the term internally. After the dissolution of Czechoslovakia in 1993, Slovakia used the term Gentle Revolution, the term that Slovaks used for the revolution from the beginning. The Czech Republic continues to refer to the event as the Velvet Revolution.

The American Revolution, often down rated among those revolutions that ushered in our modern era, was aimed at creating a whole new order in history and the world. At least, that is the way that Hannah Arendt has explained it. For me, her book On Revolution continues to be the last word on what revolution is really all about - or what it really ought to be about. She wasn't alive to see what happened in Czechoslovakia, but I bet she would have been pleased.

I am rather partial to revolution, right about now. Ever more so.