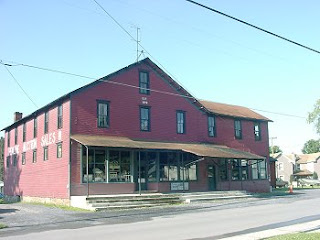 Crellin, Maryland is just one of the communities featured in a new documentary by Santa Cruz filmmaker Bob Gliner. Crellin has a population of something like 250 people. The store that is pictured shows up in the film, and continues to play a central role in this small community. Not as great a role as the Crellin Elementary School, however, which won the U.S. Green School Award in 2007, and which is a major focus of Gliner’s documentary. Also featured in the film are Watsonville High School, and schools in Massachusetts, South Dakota, and Oregon.

Gliner is an award winning producer with more than 30 programs to his credit. His primary focus is social problems and social change, both inside the United States and throughout the world. He has shot programs in such disparate locales as Russia, Macedonia, Viet Nam, India, Tanzania, Israel, Ecuador, and Cuba. Gliner is also a professor of sociology at San Jose State University.

Schools That Change Communities is Gliner’s latest documentary, and it tells a powerful story about the ability of our schools to be a major force for social change and economic revitalization. It’s a one-hour film that is inspiring not only for its “message of hope,” but because it is truly a documentary. The film not only shows what “could be done.” It shows what is being done, and has been done.

It documents, in fact, what must be done.

Copies of Schools That Change Communities are available for purchase online.