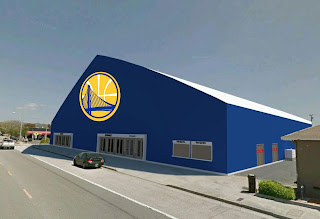 This Quarter, I am pinch-hitting for a UCSC professor who is teaching at another school, and I am shepherding a class of UCSC undergraduates through the intricacies of “Environmental Law and Policy.” The Environmental Law and Policy course is jointly offered by the Environmental Studies Department and the Legal Studies Department at UCSC. Teaching the course is proving to be a lot of fun (not to mention a lot of work). I am impressed with the earnest efforts that the students are making to try to understand the rather complicated legal system we have devised to help us protect and preserve the natural environment, and to protect human health.

One of the chapters we have covered in the textbook is called “Stop And Think.” This is the chapter that outlines the operations of the National Environmental Policy Act, or NEPA, and (to a lesser degree) the California Environmental Policy Act, or CEQA. One of the benefits of these “environmental” laws is that they do force governmental agencies to think before they act, and issues beyond "environmental" issues do need to be thought about. Of course, the benefits of the "stop and think" procedures required by CEQA only accrue to the governmental agencies that actually follow the law. Unfortunately, that does not seem to include my hometown team, the Santa Cruz City Council.

Earlier this week, the City Council approved a rather risky $3,000,000 investment in a new basketball arena, and has done so in a way that tries to avoid CEQA review with respect to the initial construction of the arena. Interested persons can read all the staff materials by tracking down Agenda Item #24 on the City Council Agenda for the May 22nd meeting.

The way I understand it, the Council has signed off on a financial agreement that has yet to be fully negotiated (they simply told the City Manager to execute whatever agreement he thinks is best as to all the deal points not yet agreed upon), and the "deal," in its current form, will apparently result in a $3,000,000 "loan" from the City to a sports team that is supposed to be paid off in fifteen years, although the facility being financed by the loan is temporary, and is not going to be around for more than seven years. As I read it, the City is actually making a gift to the sports team of something like $600,000 from the City's Public Trust Account, all in order to get a D-League basketball team to play 25 games a year in the City of Santa Cruz for the next five years.

Here's a "deal" where a "stop and think" approach seems warranted, but CEQA can only result in that sort of check on impetuous governmental action when the governmental agencies actually follow the law!