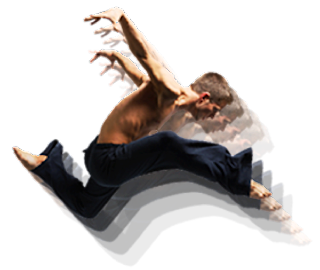 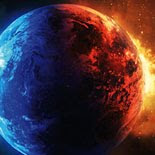 The impulse to escape from the "fighting line" to which we are absolutely condemned by the nature of our existence is very strong. As Kafka's parable makes clear, we all hope and dream that we can find some way to jump free, and to find a way out.

I have come across a modern concept: quantum jumping:

What if science fiction became science?

Since the 1920’s, quantum physicists have been trying to make sense of an uncomfortable and startling possibility—that an infinite number of alternate universes exist.

Leading scientists like Stephen Hawking, Michio Kaku and Neil Turok, all of whom are responsible for life-changing breakthroughs in the field of quantum physics, have all suggested the existence of multiple universes.

This jaw-dropping discovery was first made when, trying to pinpoint the exact location of an atomic particle, physicists found it was virtually impossible. It had no single location. In other words, atomic particles have the ability to simultaneously exist in more than one place at a time. The only explanation for this is that particles don’t only exist in our universe—They can spark into existence in an infinite number of parallel universes as well. And although these particles come to being and change in synchronicity, they are all slightly different.

So how do parallel universes come to be? How, if you are born in this universe, are there now an infinite number of dimensions where you could exist simultaneously? The theory is simple:

Every decision you make in life causes a “split” in reality…

Which in turn creates two alternate universes—one where the current version of you is today, and another with the version of you who made a different choice. Now think about your life.

Think about all the decisions you’ve made that led to who you are today. If all these decisions caused a split in your reality, each time creating a new version of yourself in a parallel universe who also goes on to make a certain set of choices thereby splitting their reality, you can begin to imagine the infinite versions of yourself that exist.

Now imagine what you could accomplish if you could somehow tap into these alternate universes to meet and learn from these alternate versions of yourself. Imagine the wisdom you’d learn. The opportunities you’d recognize, the skills you’d acquire, and the pitfalls you’d know to avoid.

By meeting these alternate selves, you’d essentially be tapping into a sea of knowledge and experience. But how, might you be asking, does one access these alternate realities? That’s where Quantum Jumping comes in.

If this seems persuasive, you can buy instructional materials.

For my part, I’m sticking with Kafka. Much as I’d like to escape my fate, I think it’s my job to fight it out in the reality in which I live – and to create a better one.