#50 / The Aspirational Nature of Law 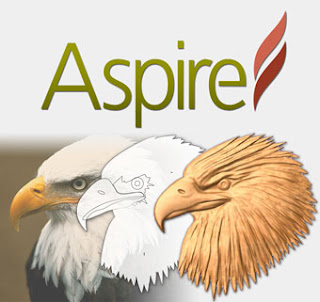 I recently wrote about CEQA, the California Environmental Quality Act, and I gave it a pretty good review. I do think that CEQA is a genuine "good government" statute, and that it provides an important opportunity for those who care about the environment actually to affect the nature of governmental decision making.

CEQA is not, however, either self-executing or infallible, and this was promptly pointed out in a comment on what I wrote:

Unfortunately, in practice, CEQA does not prevent environmental damage by government projects, it regulates the damage.

Since governments are not required to choose the least environmentally damaging alternative, or even to identify and analyze all feasible alternatives, there is nothing to keep the government from going ahead with a project that they admit will cause "significant and unavoidable damage" to an endangered species and its habitat.

Thus the process further tailors the EIR to meet the preferred project and the government then does what it decided to do before the process began. Yes, it takes longer, but the outcome is the same.

This comment is absolutely "on target." Everything it says is true, from my perspective, except that I do not agree with the statement, "the outcome is the same." The "same" means "no changes," and I can't agree that CEQA makes no difference, and that the CEQA process does not change the decisions ultimately made about proposed projects. In my experience, CEQA often results in very important changes to proposed projects, and what is initially proposed is significantly modified before final approval. That can be seen as "regulating" the damage, but when properly "regulated," potential damages are in fact avoided and eliminated. And CEQA does do that (at least it can). Sometimes, CEQA even results in proposed projects being denied, but I admit that this is quite rare. Usually, CEQA does "regulate" damage, not eliminate proposed projects, but the "regulated damage" that results is a lot less than the "unregulated damage" that would otherwise have resulted.

As I reflected on the comment, I decided that it actually illuminated one of my major themes: we live in two different worlds, with two different kinds of law.

The laws of nature are absolutes. They are descriptive of what "must" happen, and we don't call it a "law" unless it perfectly describes what happens in fact. In the human realm, "law" is aspirational. Our human laws (CEQA is one, of course) don't describe what "must" happen; they describe what we "want" to happen. They are prescriptive not descriptive. CEQA is just that kind of a law. It tells us what we want to achieve, but "in practice," like all other human laws, CEQA only achieves its stated goals if we actually follow through. That "follow through," or not, is accomplished by and within the political process.

We keep hoping that if we just "say" what the right thing is, that will (as in the natural world) result in a law that then "accomplishes" the reality we have stated we want. Our laws are never like that. They are "aspirational," and we live in a "political" world.

A brief note about the image: I search for images online that my search engine believes relate to the words I place in the titles of my blog postings. This image comes from a company that manufactures a product called "Aspire," which is software that provides a "way to go from a 2D drawing or sketch to high quality 3D low relief and CNC toolpaths." In other words, the "Aspire" software is intended to help human beings go from a 2D "sketch" to a physical, tangible 3D reality.

It might be great if there were some sort of software that could turn our aspirational human laws into physical, tangible realities with no more effort than our statement of what we want to create. But that's not the way it works in the human world. We make our realities, and we're not infallible. We succeed, to whatever extent we do, only through our unremitting engagement in the "political" acts that create our world.