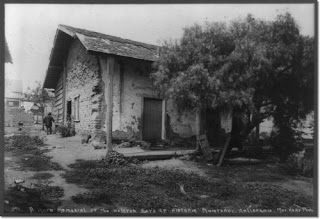 Local governments have a "plenary" power to regulate and condition land use within their jurisdictions. “Plenary” means “full,” and the basic rule is that California’s cities and counties have full authority to decide how the land inside their boundaries will be used. In other words, the so‑called “property rights” of individual landowners are subordinate to the plenary power of the local community to decide what happens on particular pieces of land. Individuals don’t actually have a “right” to use their land any way they want to. They have to get “permission,” i.e., they have to get a “permit,” when they want to make any significant change in the existing situation. As in other cases, the "world" in which we actually live is a community and "political" creation.

The basic principle of community sovereignty over land use leads to lots of specific regulations which differ as between different local government jurisdictions, and which change over time. In Santa Cruz County, for instance, you cannot really develop or divide commercially productive agricultural land. That’s not true in Monterey County, and it didn’t used to be true in Santa Cruz County, either. Things were different before the passage of Measure J in 1978.

Some local governments regulate land use to preserve the “historic” character of existing uses and structures. The City of Monterey does that, and I personally think that this commitment to history is one of the reasons that it's so nice to visit that city. Notice that this community decision to preserve "history" in fact freezes "progress" in place. This tends to be controversial.

General Electric hit on a deep-seated human desire to make changes when it came up with the slogan I kept hearing throughout my childhood: "progress is our most important product."

It 'taint necessarily so.