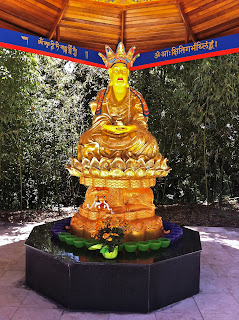 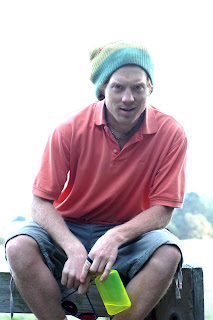 An "I don't care" philosophy seems inappropriate in a world filled with natural wonder, and at a time of such historical significance. Nonetheless, there are some arguments in favor.

Last year, it turns out that I had some opportunities to learn a bit about Buddhism. My son spent much of the year at Buddhist retreat centers, and I saw the Buddha (statue) in Soquel.

"Non-attachment" is a Buddhist ambition, if "ambition" is the right word for a "non-attachment" goal. Here is one statement on the concept:

Trying to be a good Buddhist in the modern world is not easy; there is much that conspires against one on every side. Out of all the various concepts of the Buddhist faith, only two or three really stand out as central and dominant. In this respect, I suppose impermanence, bliss and compassion stand out to me as being really central ideas, about which much else revolves peripherally. Karma and rebirth are both concepts Buddhism has taken from Hinduism.

It is hard to find one axiom within Buddhism that illustrates this fact so well, as that of non-attachment. It sums up the whole religion in so many ways and serves to illustrate the theme of how hard it is to be a good Buddhist.

It is hard to say: "I don't care." That's what I get from the observations just quoted. We do become very attached to the idea of getting what we "want," so often expressed as getting what we "need." It could well be that an "I don't care" approach would do us better. Is that what Buddhism means to teach?