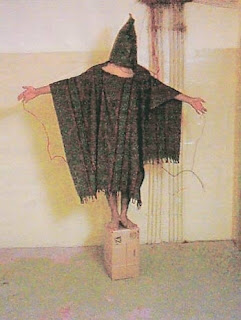 Believing Is Seeing, Observations on the Mysteries of Photography, is the title of a book by Errol Morris, which has been recently published by Penguin Press.

The book investigates the relationship between photographs and reality. In it, according to one reviewer, "Morris explores how photographs have the power to reveal and conceal, and thereby convey certain truths and frauds." Among other things, Morris "dissects notable documentary photographs, including the iconic image of the hooded man that emerged from Abu Ghraib."

It's a pertinent inquiry. It's a question that goes beyond photography, too, since there is significant psychological evidence that we do, literally, "see" what we "believe" (what we think to be the truth).