#297 / The Opposite Of Homelessness 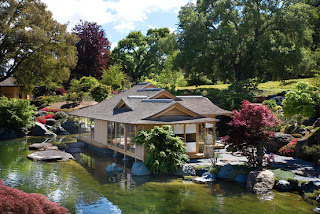 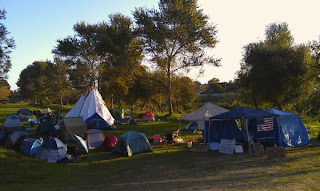 Articles in The Wall Street Journal are directed to the 1%, not the 99%, to use the rhetoric of differentiation that has become a common reference in the circumstances of today's political and economic realities.

One of the images above is of Larry Ellison's home in Woodside, California, modeled on a Japanese emperor's 16th-century residence. This is just one of a long list of luxury properties owned by Mr. Ellison. The picture is featured in an article in The Wall Street Journal that discusses Ellison's "voracious" hunt for trophy real estate.

Many of the other properties that Ellison owns are also pictured in the article. They include a 1.6-acre lot on the eastern shore of Lake Tahoe; a hotel and two restaurants in Malibu, along with five adjacent lots on Carbon Beach; a 249-acre estate in Rancho Mirage, near Palm Springs; a garden property in Kyoto, Japan, with a home, pavilion and gardens fed by the freshwater Lake Biwa; a five-bedroom, four-level home in the elegant Pacific Heights neighborhood in San Francisco, and a Newport, Rhode Island mansion previously owned by the Astor family.

This is just a partial list of Ellison's luxury real estate holdings. The article has some really pretty pictures! They are well worth seeing. The article provides the prices of these prize properties, too.

The other image I have posted is a picture of the Occupy Santa Cruz campground at the San Lorenzo Park. You guess which picture is which!

In essence, the "Occupy" movements around the country are questioning the political, social, and economic arrangements that result in these kinds of disparities. Many people have no jobs, no health care, and no homes. Others, clearly, have more than enough.

We can do something about these disparities, if we make some different political choices. One way of looking at the "Occupy Wall Street" movement is to conclude that a growing number of people are saying to the political establishment that they are simply "not going to go home" until we take governmental action to make sure that the 99% will in fact have homes to go to.

Nobody, so far, is requesting that homes for the 99% be modeled on the past residential preferences of the emperors of Japan.