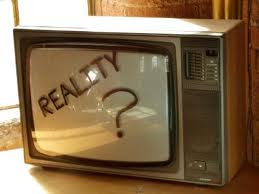 I have been pursuing my conversation with Jonathan Franzen, a sometimes Santa Cruz County resident, and a noted author. I went from attending his presentation at this year's New Yorker Festival to his latest novel, Freedom, to his book of essays, How To Be Alone. As earlier noted, that book of essays begins with a meditation called "My Father's Brain." The next to the last essay in the book recounts Franzen's judgment about the life and works of the American novelist William Gaddis, whom Franzen labels as "Mr. Difficult."

I have never read Gaddis, and Franzen's review doesn't much inspire me to do so. I did, though, like the following statement in Franzen's "Mr. Difficult" essay:

Fiction is storytelling, and our reality arguably consists of the stories we tell about ourselves.

Franzen has obviously been embarked upon a lifelong struggle to define the purpose and meaning of literature. My consuming preoccupation has been with the purpose and meaning of politics, but I have come to exactly the same conclusion, with respect to politics, that Franzen has come to with respect to literature: "reality" ultimately depends on what we tell ourselves that our "reality" is (and by the telling we "make it so").

We do live in a "political world," and we may freely create its realities as we live our lives, and above all as we act.

To remind you of the connection between "telling stories" and politics, here is another reference to one of my favorite observations by Hannah Arendt:

Revolution, according to Arendt, means "beginning again," and telling "an entirely new story, a story never known or told before."