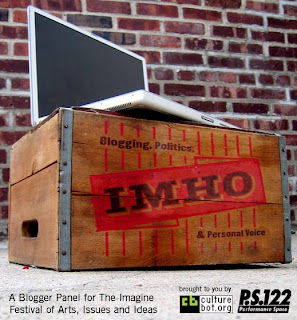 Humility is a touchy subject. Not that it isn't a great thing. However, even talking about it makes it disappear. Mention your humility, or have someone else do it, and it's a quick step to Uriah Heep.

If you don't know Uriah - well, you do know him, of course; don't we all? - you should probably read, or reread, David Copperfield. Dickens' portrayal is pretty convincing, I think, that even mentioning "humility" is the best way to destroy the possibility that it might actually make itself manifest in real life. True humility (I think it does exist) is an element of personality that is "rarer than radium," to quote another great figure from the British Isles.

So, while I definitely know what I think, I never do the IMHO thing.